Text description provided by the architects. In 2013, the Albanian Ministry of Culture envisioned a plan to rebuild the cultural infrastructure reactivating abandoned historical buildings. The Marubi Museum is a pioneer project of this programme. The plan to create the museum has enjoyed an enormous national repercussion because of the historical importance of exhibiting, among others, the photographic legacy created during more than one century by three generations of photographers from the Marubi family.

Dialogue between tradition and modernity

The design for the Marubi Museum aims to promote a rich dialogue between tradition and modernity, between the past and the present. The legacy of the tradition is underlined by restoring the historical building designed by the Albanian architect born in Shkodër, Kolë Idromeno, while preserving its spatial and structural qualities without any volume transformation or new interior partitions. Conceptually, Idromeno's building becomes an important “object” of the exhibition to be shown, contemplated and visited.
A modern image associated to the new museographic program is achieved by installing five “functional boxes”, which are prefabricated and detached from the original building, working as pieces of furniture or sculptural elements. Tradition and modernity establish a dialogue in every corner of the building. At the exterior of the museum, a showcase element works as a landmark that indicates the museum entrance; in the interior of the building, the original windows and spatial qualities of the building dialogue with the exhibition boxes; and in the courtyard, the old building coexists with a new modern volume.

On the one hand, the museum program expands into the public space and one of the “functional boxes” becomes a showcase installed in front of the museum, serving as a landmark that invites citizens to visit it. On the other hand, public space enters the museum and the project erases the border between street and institution with a transparent and accessible ground floor that hosts a free-entrance multifunctional space for lectures, workshops and temporary exhibitions. As a result, the project intends to create an open and alive museum capable of becoming a cultural landmark linked to the street life of Shkodër.

The modern image of the museum is based on an abstract pattern, which is inspired by the geometry of the aperture of the photographic camera that opens and closes to control the light. This abstract pattern is used to design the structural layout of the five exhibition boxes installed in the building, integrating as well a complete and versatile exhibition system that includes frames to exhibit photos and documents, showcases for objects and video screens for slide-shows and short movies.

The abstract pattern, which is always mixed with the photos and objects of the collection, becomes the symbol of the museum. It can be recognized at different scales and in several parts of the building such as in the logo of the museum, in the design of the street showcase, in the layout of the functional boxes inside the building, and even in the structure of the new artistic facades of the courtyard that frame the views over the surroundings and filter the light within the building. Marubi National Museum of Photography acquires its own specific identity by linking all spatial, structural, functional, graphic and visual aspects, helping visitors to identify building and collection with a complete, rich and unique experience.

Product Description: The design of the different parts of the museum is based on the abstract pattern inspired by the geometry of the aperture of the photographic camera. This pattern is used on different scales within the building and defines its identity. On the bigger scale, the pattern is used to define the geometry of the curtain walls of the courtyard that frame glasses of three different transparencies. On the smaller scale it defines the geometry of the supporting aluminum cladding system of the functional boxes. The Deko GV cladding system has been adapted specifically to the necessities of the functional boxes in order to allow, on the one hand, the creation of frames to exhibit photos, documents and information texts and, on the other hand, show cases to exhibit objects. Other frames support translucent glasses where there are no pictures or objects behind. 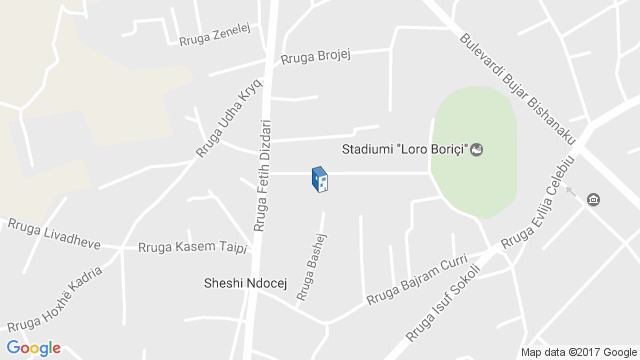 Location to be used only as a reference. It could indicate city/country but not exact address.
Share
Or
Copy
About this office
Casanova + Hernandez Architects
Office
•••