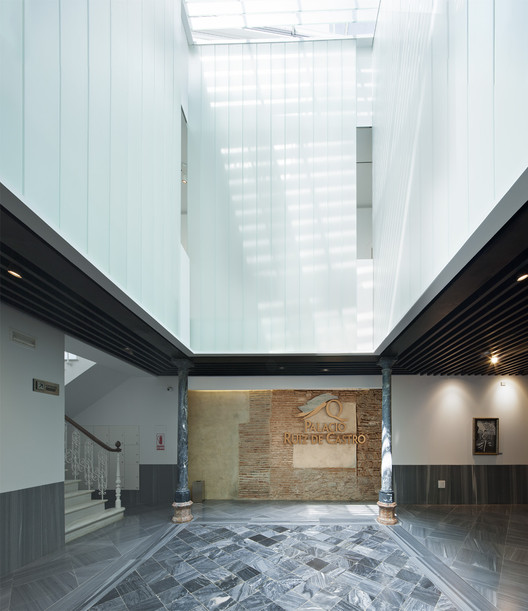 Text description provided by the architects. This Art Center in the city of Motril is dedicated to the exhibition and dissemination of the work of the Granada painter José Hernández Quero. For its headquarters has been rehabilitated the house belonged to the family Ruiz de Castro, one of the most important families from Motril of century XVII linked to the sugar past of the town, which supposed to recover for the city one of the few examples that are conserved of Civil architecture palace of all that existed. The main façade is of Neoclassical style and highlights the gallery of arches between pilasters of the last floor as a typical element of the local Granada architecture.

After several years since the execution of a consolidation works, it is decided to use the building as an Art Center.

The proposal as a space configured around the shell of the original facade and a central courtyard not as represented as mimetic element of the original patio but as a spatial and luminous reinterpretation of it. It is a "patio of light", a suspended glass cube that allows to visualize, to intuit, to circulate and to illuminate around him.

The proposal develops this functional program:

Ground floor, gathering place and services: From the place of entrance the control serves as membrane of access to the "patio of light". This floods the common reception room with a dim light and frames certain canvases of the original wall. From the patio you can access the Temporary Exhibitions Hall where works belonging to the artist's private collection are located, and temporary exhibitions will be housed.

Lofty floor, exhibition spaces of the permanent collection: The first floor is distributed around the "patio of light", an element that spatially links all the building  and acts as a filter of natural light to the permanent exhibition areas. Around the patio a series of rooms of different sizes illuminated by him and the original hollows of the facade canvas.

The new access to the Center of Art has been raised from a small square generated by the demolition of an adjoining building next to the market of supplies of the city. This façade has been executed with the same materials as the rest of the rehabilitation, but without resorting to formal mimicry and endowing it with an element of great symbolic value, such as the imposing sculptural cover cast in bronze, recreating the engraving titled “Lying Lady" , One of the most intimate works of the artist whose work and legacy was destined the rehabilitated building. 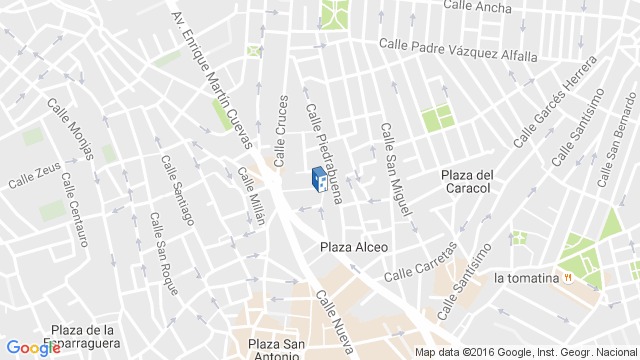 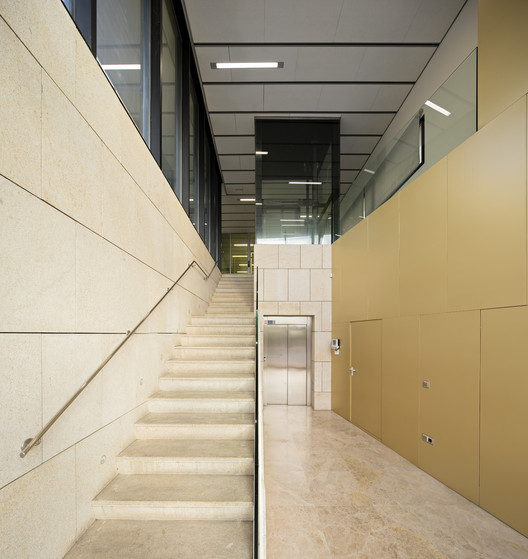