Building a highway in a city is often thought of as a solution to traffic congestion. However, the induced demand theory has shown that when drivers have more routes, they choose to continue using this medium instead of using public transport or a bicycle, and as a result, congestion doesn’t decrease.

As a result, some cities have chosen to remove spaces designated for cars and turn what was once a highway into urban parks and less congested streets.

Here we have six examples, some have already been completed, while a few are still under construction. To the surprise of some, most of the projects are in the US, which reflects that American designers are looking into further studying European transport policies.

One of the first highways in the US to be eliminated to make way for a park was Portland, Oregon’s Harbor Drive built on the shore of the Willamette River. In 1974 the transformation work began that gave rise to Tom McCall Park.

The Hawthorne Bridge, which was originally part of the freeway, became a bridge for cyclists and pedestrians, connecting First Avenue with the park.

The Cheonggyecheon elevated highway in Seoul was built on a canal of the same name. In order to deal with environmental pollution and the noise generated by the more than 160,000 vehicles using the highway daily, Mayor Lee Myung Bak launched a plan to demolish it and build a park instead.

The selected proposal was designed by Kee Yeon Hwang, who wanted to clean up the canal and return it to its role as a meeting place. In addition, the recovery of this public space has reduced noise levels and temperature in the surrounding area.

In the early 1980s in San Francisco, a plan began to demolish the California 480 highway with the idea of building a park instead. However, it wasn’t until 1991 that the two-story motorway was demolished - after being damaged by the 1989 earthquake. Studies concluded that rebuilding the freeway was much more expensive than making a park.

Today the place has one of the best views of San Francisco Bay and has many miles of pedestrian and bicycle paths.

In the year 2000, the Madrid Río project was started, which sought to restore the banks of the Manzares River. A difficult task thanks to the stretches of the M-30 highway that crossed it.

As there were several historic structures involved, like the Puente de Segovia, the oldest bridge in the city, the Ermita Virgen del Puerto and Puente del Rey, the project carried out the restoration while maintaining these aspects of the city's history in the middle of the park. In addition, the Puerta del Rey, a building dating back to the reign of José Bonaparte, was able to return to its original location, since it had been displaced during the construction of the motorway.

The park opened in 2011, offering citizens spaces for sports, walks, and opportunities to learn about the city's history. In this instance, the motorway was not completely demolished, but traffic was diverted by underground tunnels.

In the 1960s, a project in the works would see the downtown area surrounded by the Park East Freeway. However, nearby residents began to oppose it, arguing that the project would cause too much noise. For this reason, the highway was never completed and certain parts were demolished between 1999 and 2002 for the development of the Park East Corridor project which, when finished, will allow free access from the city center to the river.

In total, the new park is 60 hectares, 24 of which were allocated to new buildings to revitalize the area. So far, the northern part of the park is the one that shows the greatest advances through the remodeling of the main avenues that connect with downtown.

In 2001 an earthquake damaged the overpass of the Alaska Freeway in Seattle. Initially, the plan was to rebuild it, however, it was later decided to make a four lane underground tunnel so that on the surface the areas along Elliot Bay join with the rest of the city through a new pedestrian space. The inauguration of the park is scheduled for next year. 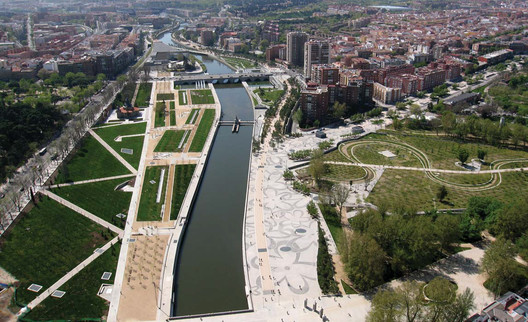