Save
50 AutoCAD Commands You Should Know

After spending countless hours in front of AutoCAD working on a project, you’re bound to have your own set of favorite commands to standardize a few steps. We also bet that you don’t have them all memorized or often forget them. To help you remember, we've made a list of 50 commands that can help you speed up your work game, discover new shortcuts, or come in use as a handy tool for when you forget what the command you need is called.

The following listing was developed and corroborated by our team for the 2013, 2014 and 2015 versions of AutoCAD in English. We also prepared a series of GIFs to visualize some of the trickier ones.

When you’ve finished reading, we would love to know what your favorite commands are (including those that we didn’t include). We will use your input to help us update the article!

Defines which applications to load when starting / opening AutoCAD. Very useful if AutoCAD and your computer don’t get along so well.

Calculates the area and perimeter of a defined object or a surface that you select vertex by vertex, according to the metric units defined in settings.

Choose a background image for the work area. It can be a single color (Solid), a gradual color (Gradient) or an image (Image) from your computer.

Generates a bitmap image (.bmp format) after selecting a series of objects, surfaces, or regions.

Explodes a block or an object, but keeps its attributes intact after exploding it. Highly recommended.

Moves objects from the layout to the model, and vice versa. The best part is that the objects are scaled automatically in the new space.

Closes all open AutoCAD windows. If there are changes to any of your files that you haven’t saved yet, you will be asked if you want to save them. Unlike QUIT, you won’t exit AutoCAD with this command, just return to Start.

Choose a layer color for future objects, lines and surfaces.

Creates a dimension aligned with an axis / line.

Creates a dimension aligned with an arc or circle.

Creates a linear, angular or coordinate dimension, starting from a baseline of an earlier dimension.

Creates a radius dimension for circles and arcs. Not to be confused with DIMANGULAR and DIMBASELINE.

Breaks up an object or block into each of its individual components. Before using, make sure you’re on the right layer.

Displays the coordinates of any point on the worksheet.

Manage lights and lighting effects on 3D models. You will most likely be prompted to change the viewport, or turn off the default lighting.

Import and export materials from and to a library.

Repeats the next command until you cancel (Esc)

Sets up the layout of a drawing.

Restores the most recently deleted items. Its advantage over U is that you can use it after using BLOCK (or WBLOCK, export selected items to a new .DWG file), because those commands can delete selected objects after creating a block.

Unfortunately, you can’t use OOPS after PURGE.

Cleans up your drawings. It goes over your entire model and deletes any duplicate or overlapping items. An incredible help for those who are obsessed with order and clarity in planimetry.

Specifies the page layout, plus the plotting device, paper size, and other settings for each new layout.

Shows how the drawing will look when printed or sent to a plotter. Before you do this, you need to have configured the layout of the page (PAGESTEUP).

Remove unused objects in the drawing you are working on, through a series of filters: blocks, layers, materials, thickness of lines, texts, among others.

Quickly creates a leader, and a leader annotation.

Autosave the file. Very useful when AutoCAD stops working and you’ve gone hours without saving any work. If you haven’t named the file yet, it’s the same as SAVEAS.

Quickly select objects according to a list of available filters: colors, line type and layers, among others.

Creates a render of the model you're working on.

Creates a surface that joins two curves previously defined by the user.

Automatically saves all drawings you are working on.

Displays a set of information for a selected object, including line thickness, color, dimensions, radius, and area.

Checks the spelling in texts using the language settings from your operating system, not AutoCAD.

Creates a region from a solid, surface, or region by subtraction.

Calibrates and configures a tablet or Wacom.

Displays a statistics table of the file you are working on: creation date, last update, and edit time. If you’re interrupted, you can activate / deactivate the stopwatch.

The same as Ctrl + Z, undoes the most recent operation.

Deletes an AutoCAD command, even this one. If you want to reverse your decision, REDEFINE. 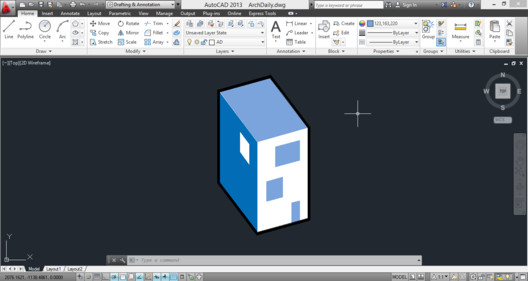