Text description provided by the architects. The 300pyong irregular shaped piece of land in the outskirt of north eastern Seoul simultaneously faces forests and the dense urban conditions. The boundary that faces the city is walled up according to wishes of the client, who is both an avid collector of Pinocchio dolls and artifacts from around the world, and owner of a private kinder-garden. The client had a programmatic vision for a museum and galleries where her Pinocchio collections and related collections and designs could be enjoyed and experienced. The first building was envisioned as mainly as a Pinocchio doll museum with some seating areas for watching performances. There was a request for an outdoor hall where make shift arena could take place. The second building was to house many other character designs related to Pinocchio, with an emphasis on interactive program and a larger auditorium for movies, concerts and other congregational uses. The third building needed to accommodate a museum shop with a cafeteria, and some workshop space.

Even though the plot of land is not small, placing three buildings, including a large underground parking and service area, prompted 2 buildings to situate around the boundaries facing the city, and one facing the forest.  The buildings provide a nice ample grassed inner court where a sky-train, a pond, and large Pinocchio statue all mingle in a spacious manner.

The 1st building- (Wave and whale) attempts to express a space and form which is somewhat inspired from the Pinocchio story where a large storm and whale appears. The plan is curve linear reminiscent of a fetus crouching in the womb, the plan grows out to become a mix of whale and wave mixing and becoming one entity, a very narrow crawl space between large and small stepped seats attempts a space of playfulness and adventure, unfortunately though, it is closed for the time being. The sky open, concave crater like space enclosed within the structure can become an extension of indoor space in good weather, since all windows can be folded and pushed to the sides, many interior concepts and designs were pushed to the limit, but it had to be met in the middle grounds due to program and safety issues.

The 2nd building-(Whale Tale) is a figurative building, standing and holding strong like a large whale. The tail space aspires and let in the sun and moonlights in at the right moments, while the body space boasts both the heights and the double deck upheld by steel hanging columns. This is where many activities take place with large character dolls and accompanying tables and seats. The head boasts a curved and high ceiling auditorium space for shows and performances for children and adults alike.

The 3rd building-(The nose fountain) is adjacent to the pool and sky train. The stainless nose is a water fountain that provides active sound and movements to the still environment. The form assimilates to the overall curve linear tone, with windows following suit, but with Morse code symbols If you look at them carefully and try to read them, you will figure out few simple words. The balcony in the second floor can be open at both sides, encouraging visual connectivity to the forest. This connectivity in visual and spatial terms was a most important factor in the design of the building. The 2nd floor café provides good view of the court and two other buildings.

The three dimensional curve of the two buildings required many intensive section drawings, which carpenters needed in order to build proper and accurate scaffoldings, The prior cost estimate for a clean and immaculate finish turned out too expensive, so a rough hand built quality of the surface was expected from the beginning, the patterns of those two building relied heavily on the esthetic and functional eye of the carpenters. The final products flash many different regions of texture, it somehow seems resembles the space ship from the movie Prometheus. 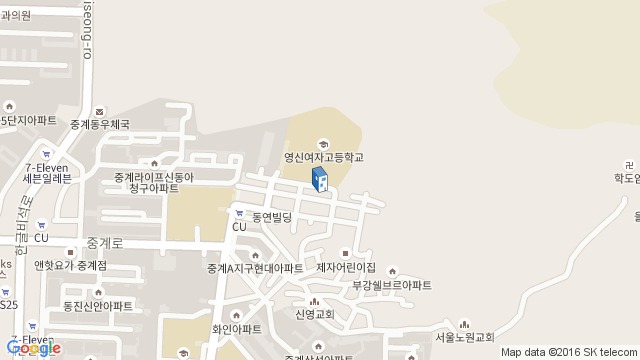 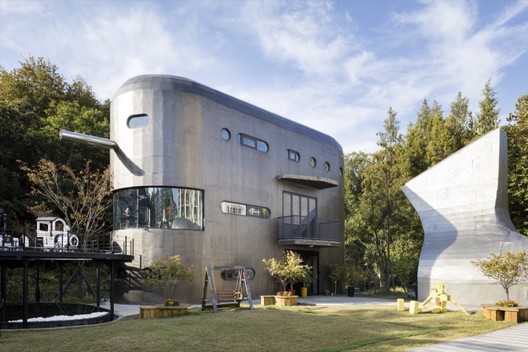