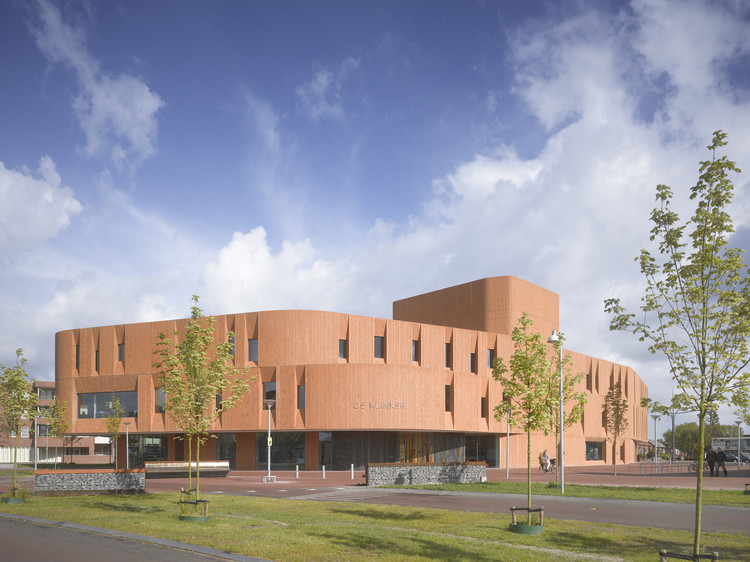 Text description provided by the architects. The Klinker Cultural Centre was given a lively exterior to reflect the expressive nature of its programs. Its central location in Winschoten makes it easily accessible to the residents who can enjoy the cultural offerings of the theatre, arts centre, radio studio and library, or savour a coffee in the theatre café. In this way, residents themselves actively contribute to their city’s cultural life.

Cultural icon in Groningen region
The striking carved exterior of the centre is designed without front or back facades in order to better engage its surroundings on all sides. This also maximises and accentuates its footprint on the site, while the gentle angles of the continuous facade play with the laws of perspective and shorten visual distances. The horizontal sections, curved edges and overhangs recall 1920s Expressionist architecture in Groningen. The building anchors itself in Winschoten by echoing the morphology of its surroundings. It functions as a juncture between the small-scale buildings of the historic inner city and the larger scale of post-war developments and renovations. The adjacent city centre is characterised by double-storey masonry houses made of local Groningen clay. The reduced scale is emphasized by the horizontal bands that split and join as they move around the building. Major characteristics of the building are its richly detailed vertical masonry and deep, sloping window recesses which lend the building a strong and bold appearance. Different types of bricks were specially designed for the project and produced in traditional orange Groningen clay. The technical zones in the plinth also reflect a connection to the surroundings. The raw, brown/orange ends of the building feature CorTen steel surfaces perforated with the contours of Groningen’s landscape.

Façade
The main innovation is the fact that the facade is entirely sculpted from brickwork. A very specific production process enabled the use of deep reveals around the window frames. These are composed of six separate elements poured into one single structure in the factory and installed as one piece on site in front of the windows.

The prefab facade is completely constructed without traditional sills or eaves/overhangs. Water that runs over the window frame is discharged through the drainage cavity. In principle no additional drain is necessary. In case of excessive leakage it was decided to implement gutters under every frame to reduce the risk of damage and make maintenance easier. For extra reassurance, the gutters catch excess water and drain it away through the sewage system. 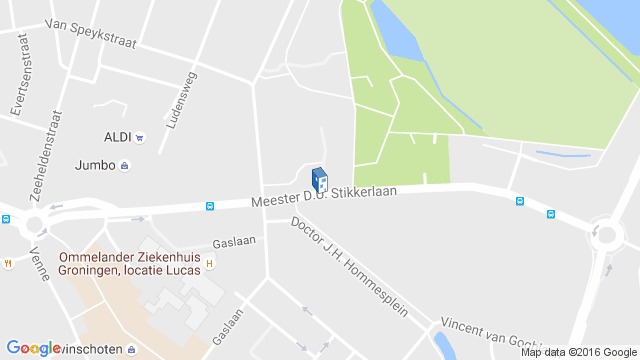 Location to be used only as a reference. It could indicate city/country but not exact address.
Share
Or
Copy
About this office
atelier PRO
Office
••• 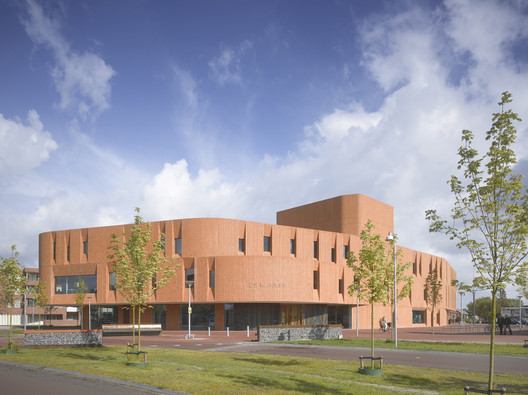