“The collection of buildings is beautifully curated, pulled together by the use of brick yet still expressive of their individuality. The playful use of LED technology gives a contemporary addition to the façade," the jury continued.

“Internally, the five buildings are connected as a continuous and coherent sequence of light filled gallery spaces. The simple and logical circulation is enlivened by exquisitely detailed and sensuous staircases."

The award was presented by RIBA president Jane Duncan, who remarked: "Caruso St John have created a stunningly versatile space from a number of linked buildings, with beautifully crafted staircases and superb details including tactile brick facades that blend the street externally and create a succession of wonderful gallery spaces."

Accepting the award, Peter St John, Partner, Caruso St John Architects, said: "It's rare for architects to be given the opportunity to realize a personal vision of the quality of the Newport Street Gallery, and for that vision to have a generous public dimension. We see the building as a palace for direct, intimate and luxurious encounters with contemporary art, and we are very pleased that this award will bring more people to see this extraordinary collection."

Client Damien Hirst was also on hand for the ceremony, and was recognized by Duncan for his patronage and contribution to the UK's architectural tradition.

"Newport Street Gallery has realized my ambition to create an unobtrusive and beautiful series of buildings that work perfectly as a space to exhibit great art," commented Hirst. "I wanted to stay true to the history and roots of the building and Caruso St John understood that from the start. I am immensely proud of what we achieved and the reaction it has received in its first year of opening and hope people will continue to enjoy it.”

The Stirling Prize is awarded each year to "the building that has made the greatest contribution to the evolution of architecture in the past year."

Earlier in the day, the BBC released the results of the People’s choice, which saw top honors go to the Outhouse Gloucestershire by Loyn & Co Architects, with 31% of the vote.

At the ceremony, the RIBA also presented the following national awards for 2016:

The prize, set up in memory of Stephen Lawrence who was setting out on the road to becoming an architect before his tragic and untimely death in 1993, and supported by the Marco Goldschmied Foundation, is intended to encourage fresh architecture talent and reward the best examples of projects that have a construction budget of less than £1 million.

“House of Trace is a surprising and delightful rethink of the terraced house extension. The play between old and new creates intriguing and playful spatial relationships within the house," said Stephen Lawrence Prize founder Marco Goldschmied. "The central void, marking the split between the old and new, forms a focal point where living and communal spaces have a direct connection to the sleeping and private spaces upstairs." 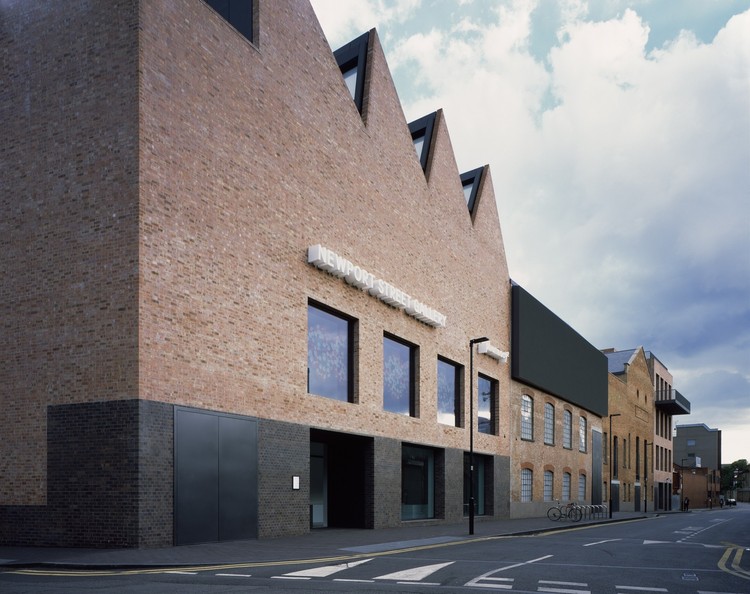 Client of the Year: Westmorland Limited for Gloucester Services by Glenn Howells Architects and AFL Architects

“The best buildings result from successful partnerships of highly ambitious clients working with equally demanding architects," said Client of the Year judge Tom Bloxham. "With Gloucester Services, Westmorland have not only commissioned a brilliant service station – a type of site not necessarily known for its architectural qualities – but they have contributed much more, creating a successful business model that has its local community at its heart. I am delighted that Westmorland have been recognised with the RIBA’s Client of the Year award for their incredible achievement.”