Future phases will include the adaptive reuse of the 280,000 square foot Building 54, which already features large, column-free spaces, into open-plan offices for larger tenants and a wholesale marketplace, where companies can sell their wares on site.

Special care will be taken to preserve the historic elements of the site while optimizing building efficiency. WXY’s masterplan is aimed at addressing “public interface” elements, which include building layout, pedestrian circulation, vehicular and logistic pathways, and waterfront access, as well as the facilities’ relationship to its context. “Green” building features will also be implemented to reduce the complex’s environmental impact. 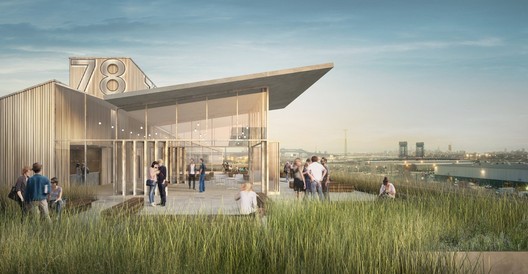