Peddle Thorp Architects have submitted their proposal for the Moray Street Residential Tower in Melbourne for approval. At 1173.5 square meters, Sol Invictus is wrapped entirely in solar panels, attaining 10 times more solar surface area than a traditional roof covering. The facade can achieve up to 5000 square meters of solar panel array and is connected to a battery storage system. 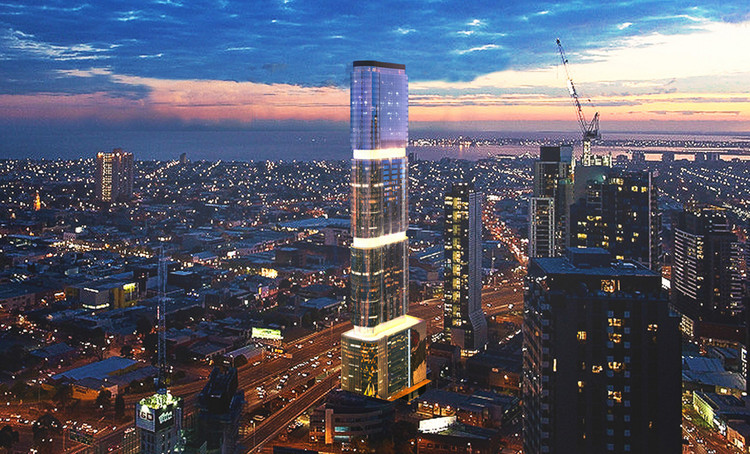 In addition to larger and more visually appealing apartments with more amenities, the project brief sought cutting-edge solutions in solar and wind energy. To that end, the main tower of Sol Invictus is curved for maximum exposure to sunlight and wind loads, magnifying the potential for renewable energy gains. The facade includes black photovoltaic cells, which function optimally in bright sunlight, whereas the photovoltaic glass in the vision glazing operates best in shady conditions. The top of the building houses wind turbines that absorb high wind loads.

The design mitigates other issues of site, such as by limiting the presence of the adjacent freeway with directional aspect lighting and an inset lobby that widens the street edge. Additionally, Sol Invictus fosters community by connecting the suburbs to the central city and including amenity levels. 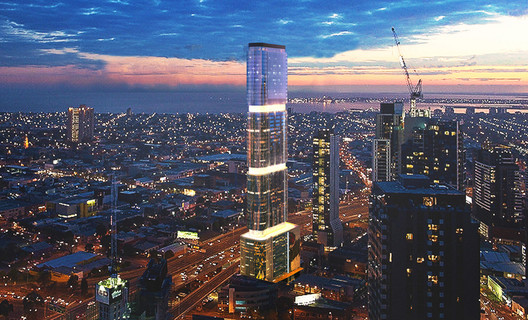