COBE’s design reinterprets the context of the historic harbor to create a dense urban fabric surrounding the waterway. The 35 hectare masterplan includes a variety of activate and climate-proofed public spaces, connected by an innovative system of traffic solutions. These features have been arranged around what is undoubtedly the project’s centerpiece, the large public pool and associated waterfall.

“COBE is very smartly questioning which of the existing buildings to keep and how to translate the old structures into a new harbour district. Out of all the insights gained in the public process, COBE has developed highly specific answers for the harbour development. All in all their concept visualizes a lively, colorful mixed neighbourhood, where the industrial heritage is tangible”, said Franz-Josef Höing, director of urban development in the municipality of Cologne and chairman of the competition jury.

One specific challenge native to the site are the strong tides from the Rhine River. Rather than fight against the tides, COBE’s design works with them, creating different zones that are either intended to flood or to remain dry. During high tide periods, the promenade will flood, while buildings and plazas remain safely above the water level.

”We have created a consistent sustainable project that is carefully adapted to the local climate. Flooding from the Rhine River is a serious problem in Cologne. Therefore, we have been working with a consistent proofing of the whole district by collecting rainwater in a big public pool, which is heated from waste heat from the neighbourhood. It solves a serious problem and simultaneously creates a unique attraction for the citizens. The project is already informally referred to as ”Der Pool ist cool!” by locals”, says Dan Stubbergaard, founder and creative director of COBE.

The new neighborhood will integrate itself into Cologne’s existing fabric through new bicycle and pedestrian paths, and well as new public transportation routes. A bicycle bridge will span the Rhine River to connect directly to Cologne’s city centre.

The team will now work together with the city to finalize plans. The first buildings are expected to be ready for occupancy in 2020.

COBE has a range of experience developing waterfront districts, including the masterplan of the Nordhavnen, the island of Christiansholm and the island of Kronløb, all in Copenhagen.

More information on the competition can be found here. 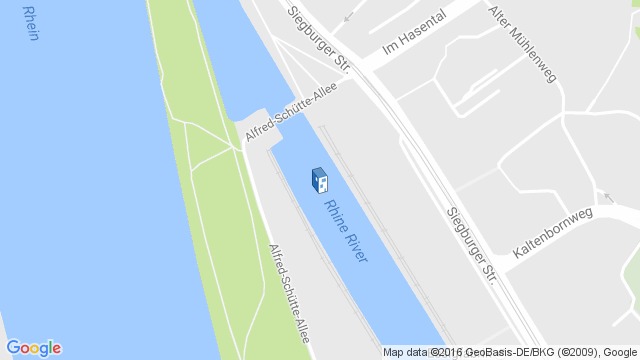 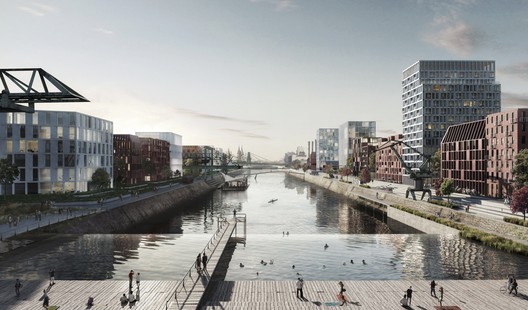