“Designed to eventually accommodate more than 1200 students, the new International High School to the east of Paris is deeply rooted in the Grand Paris (Greater Paris) project : to rebalance the city to the east as well as its insertion, at several scales, within the vast landscape at the edge of the Marne-la-Vallée plateau, overlooking the Marne River and the capital - both poised and raised on the city horizon.

The project is also strongly influenced by its exemplary sustainable development approach and durability : built on a tight budget that is expressed in the explicit simplicity of its volumes. The in-depth work on energy and the elements (water/air/earth) makes it the first 'zero energy' high school in the Ile-de-France Region.

In architectural terms, the project is planned around the 'place-forte' (stronghold) concept, at the same time able to take position and be located with precision within this exceptional site. It federates and unites the adjoining area through the exemplary nature of its public education programme and the quality of the calm public spaces it generates within its immediate surroundings. In an environment marked by deep inconsistency, there is only one exception : the Abraxas Palacio by Bofill whose exemplary 'place-forte' and durable construction have managed to maintain its dignity. The high school project takes on and extends this intention, noteably through the use of basic materials (concrete, brick, timber, glass), as well as in the rigour and simplicity of its structural expression where the concrete is - in contrast - visible and expressed in its essential and structural reality and not just as a cladding.

Here, the 'place-forte' by Vauban loses its defensive dimension to favour openess, expressed through the disappearance of the ramparts and by raising of the edifice above the slope, that is raised in order to see. This measure frames distant views and creates extensive glimpses of the imposing landscape, thus depassing the brief to give it an important sense of purpose - visuel and luminous - that this public project assumes with conviction.

This quality also precedes the work on the adjoining landscape, on the role of nature and planting in the high school. It contributes to the location of two appreciated gardens suspended overhead at the very centre of the edifice, but also the quality of the gardens and the external areas of the high school that are structured on the terraced slope with perennials, inscribed into the distant views from the site.

The ‘place-forte concept - beyond this high school - today becomes an ambition that every architect confronted with the mutations procurement in France, should assert in the role of edifices as well as the urban project. Especially for public works that should be identified as strong volumes set out in series within the public space, on this major site in the city”.
Text by: Jean Mas 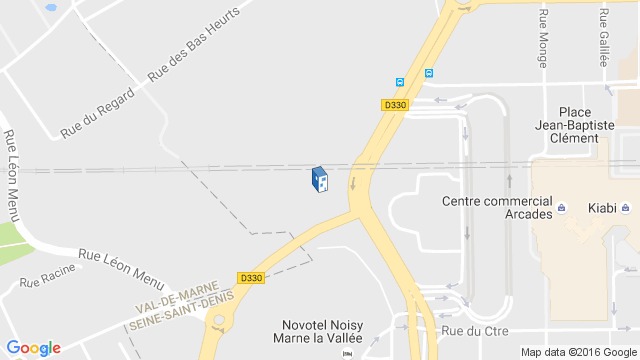 Location to be used only as a reference. It could indicate city/country but not exact address.
Share
Or
Copy
About this office
Ateliers 2/3/4/
Office
••• 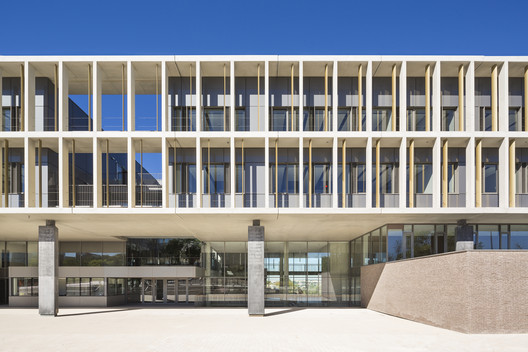