Text description provided by the architects. The assignment was to place 2 prefabricated warehouses of 1000 m2 on a plot of 10000 m2, and design an office building of 500 m2 that would give the corporative image to the Licanray company.

The first decision was to concentrate the design and budget efforts into the office building and its showroom.

The warehouses are arranged behind this building in the north-south direction, leaving a distance that would allow for the loading and unloading of the trucks.

For the structure of the main building, the use of laminated pine wood was proposed. Its construction was based on diagonal pillars in an ‘X’ form that configure the main façades, and by joining with the horizontal beams assemble the floors and roof.

The main program of the office is elevated a floor so that it could capture the views, liberating the ground floor for accesses of building and the showroom.

The expression of building is defined primarily by its structure. The enclosing elements, windows and walls, remain behind the structure, leaving it exposed.

The roof fulfills the fundamental role of protecting the wooden structure, and its overhang on the north façade also keeps direct sunlight out of the offices. 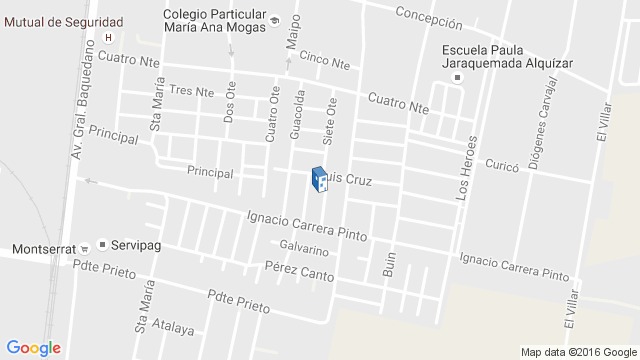 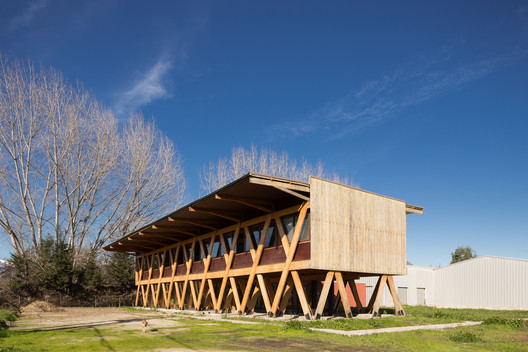