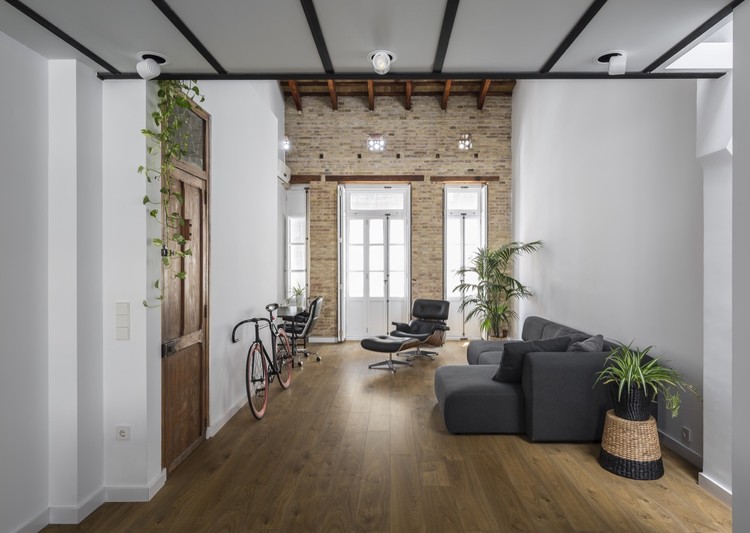 Text description provided by the architects. This peculiar and personal "loft" is located near Malvarrosa Beach, in the distinctive neighborhood of "El Cabañal" at Valencia City. The Origin house responded to the top floor of a very common type of town house between party walls. It's accessed from the Street through a narrow staircase. The depth of plot required the existence of intermediate rooms that were illuminated and ventilated by a small courtyard; on the other hand, the kitchen and the "toilet" occupied the rear façade as attached parts, and connected through an ancient terrace that had been closed; Finally, throughout the house roof was a ceiling of plaster that hid the actual volume of the steep cover Gable.

Based on a program of basic needs that requires the existence of a single room and a terrace, the project arises as a "loft" in which the only closed part is the bath. In this way, the original volume is put in prospective value: all the interior partitions are deleted to create a unique space where everything happens.

The fundamental work was based, therefore, on removing and choosing what is going to stay. We only added a slight 'platform' that seems to float in the middle of space and contrasts in materiality with the rest of the original constructive elements.

Certain elements were preserved and brought to light, or even "reinterpreted" with another utility, so the past and the future of the house dialogue calmly:

-The anterior and posterior walls were left in the original brick wall, and the entire roof of wood beams was cleaned and restored.

-The old ceiling line was drawn in the space through various resources: with a few light volumetric changes, remaining the height of the original plaster cladding oh the pillars, and retaining the two main beams that supported it.

-This preserved wood substructure became the space limit of the attic which is the bedroom, as well as used as part of the new railing glass.

-The small and narrow courtyard became a skylight which illuminates the heart of the House. An old window was preserved as a decorative piece, at the time that brought light to the dining area.

-The ancient woodwork was restored and painted in white to bring more light into the space. An old cupboard became a key piece that serves as a shelf, wardrobe, pantry and warehouse.

-The new linear kitchen which was situated in one of the walls was designed by contrast in gray tones that highlights two volumes twinned with a modern and clean image which moves away from the textures, colors and shapes of the rest of preserved woodwork.

-In the bath a similar method was used: gray volumes and plains are opposed to the textured wall of the old restored window. 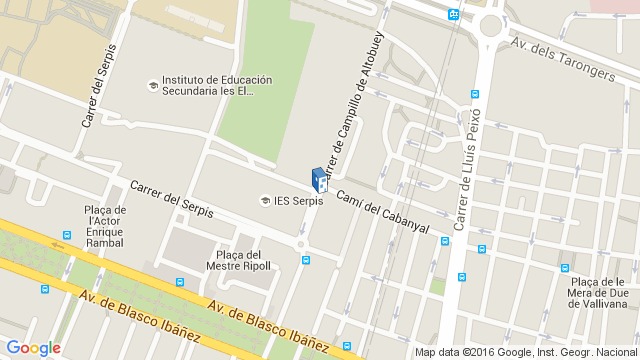 Location to be used only as a reference. It could indicate city/country but not exact address.
Share
Or
Copy
About this office
AMBAU TALLER D’ARQUITECTES
Office
•••