Text description provided by the architects. This Community Center is part of a new network of small format public buildings which have been planned by the Government of Antioquia, distributed in eighty municipalities. This new network is a wide educational project with a public character in organization with the municipal communities, its aim is to make high quality education reach various regions of the department. All the community centers have a similar program and a unique public space. This kind of project set out by the Government of Antioquia allowed to do collaborative work between a group of representatives of the municipality, of the Government and the architects: through simple meetings the community expressed their wishes and needs regarding the educational and architectural project with texts and drawings.

Puerto Triunfo is a municipality located on the river bank of the river Cauca in the West of Antioquia, at 150 m above sea level and in a tropical humid forest ecosystem. Its population consists of farmers, cowboys, fishermen and traders. Its urban center consists of a regular and flat grid of low blocks, arranged along the river with a wide central park full of trees. The allocated plot for the community center is located in the corner of an outlying block but it is near the park and connected to the Cultural House. In some of the empty plots around the park you can observe how the tropical vegetation absorbs the abandoned constructions making them pleasant and diverse. The drawings and petitions of the community were concentrated in the wish of having a building with flexible classrooms, wide spaces, cool and with low maintenance, requests which were articulated with the urban characteristics of the plot and with the educational program established by the Government.

This building aims to complete the block and participate in the existing urban grid, for which reason the building is regular and compact. Its concrete reinforced structure serves simultaneously as support, façade, bioclimatic control and space for the native plants to grow. Columns at an angle and beams are situated mainly in the perimeter, leaving in the interior as much flexibility as possible. The vertical façades are built in metal weaves and perforated walls that allow as much cross ventilation as possible. On the first floor there is a multifunction and flexible space, and on the second floor modular classrooms. Both levels are connected through a ramp parallel to the main façade in two stretches. This building is resistant to tropical climate and permeable. It is built in low-cost materials and local techniques. 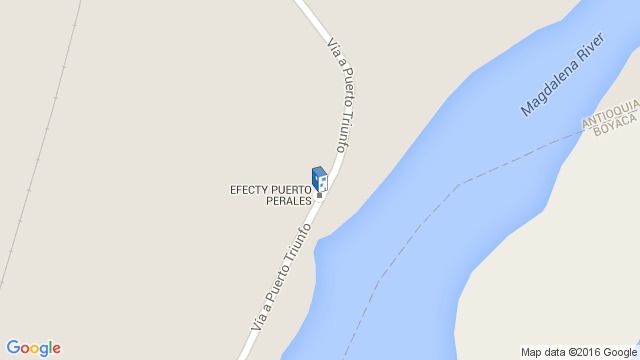 Location to be used only as a reference. It could indicate city/country but not exact address.
Share
Or
Copy
About this office
Plan:b arquitectos
Office
••• 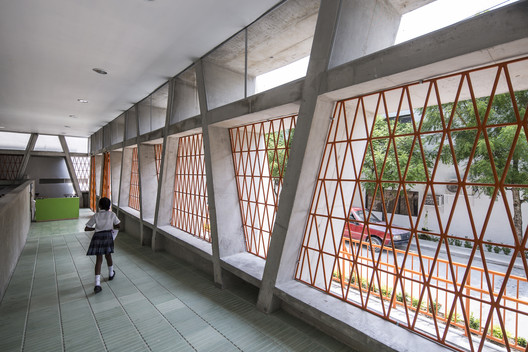