A 50-meter stretch of Rio de Janeiro's Tim Maia bike path, which was built in preparation of the 2016 Olympic Games to connect neighborhoods Leblon and São Conrado, collapsed this morning. Adjacent to the Avenue Oscar Niemeyer, in the south of the city, the bike path was inaugurated on January 17 this year. According to the fire department, the deadly accident was caused by the surf of the sea.

According to passersby, the bike lane was hit by a strong wave that, in addition to collapsing the site, broke the windshield of a bus and dragged a woman on the boardwalk. The location is near the exit of the sewer pipe.

The pathway is currently being extended westward, as the New York Times reports, to connect pedestrians and bicyclists to the Barra de Tijuca neighborhood.

Witnesses say that five people were on the bike path at the time of the collapse, two of which have reportedly died, one was rescued by helicopter and two others remain missing. 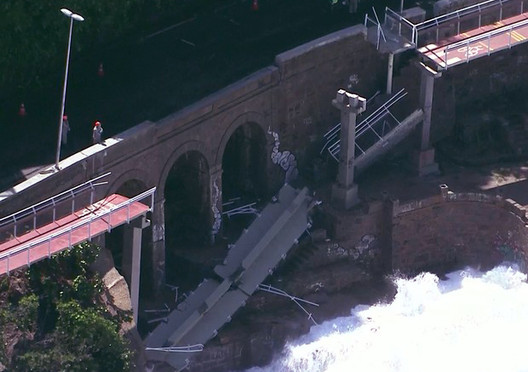