Although pronouncedly short, Hood made up for what he lacked in height in ego. Despite a slow start to his career in New York after returning from Paris, Hood would generate many radical proposals that to this day have shaped the architecture enabled by Manhattan’s grid. To battle the congestion of land starved city like New York, Hood was an early proponent of a “city of towers” advocating for larger assemblages of land that would enable grander buildings with functions more readily defined.

Hood’s first project in New York, the American Radiator Building, was lauded for its use of black brick and its gold-dipped finial. By reducing the size of the building on the lot so it did not abut another buildable site, Hood was able to add more windows to his tower and improve the quality of office space within.[2] The black brick solved the issue of the facade being interrupted by the outlines of windows and the gold-accent of the building’s apex was a form of architectural advertising without images or slogans.[3]

Later projects include the Daily News Building (1929-30), the McGraw-Hill Building (1929-1931), and the jewel of Hood’s short career, the RCA Tower and the master plan of Rockefeller Center (1930-39). As noted by Rem Koolhaas in Delirious New York (1978) – a book in which Hood factors prominently – “The secret of [his] success is a radical command of the language of fantasy-pragmatism that lends Manhattanism’s ambition – the creation of congestion on all possible levels – the appearance of objectivity.”[4]

Although Hood would postulate ever grander plans for Manhattan, including his “City under a Single Roof” (1931) and “Manhattan 1950” (1931), these plans proved too ambitious even for a city that thrives on improbability and egos. Despite a panache for the overly idealistic and fanciful, Hood’s built designs are grounded by surprisingly utilitarian and bureaucratic parameters. And though he was fond of flourishes, beginning with Gothicism and graduating to Art Deco, Hood’s pragmatism made him the ideal choice for metropolitan projects that sought to redefine the scale of civic and corporate architecture in the twentieth century. 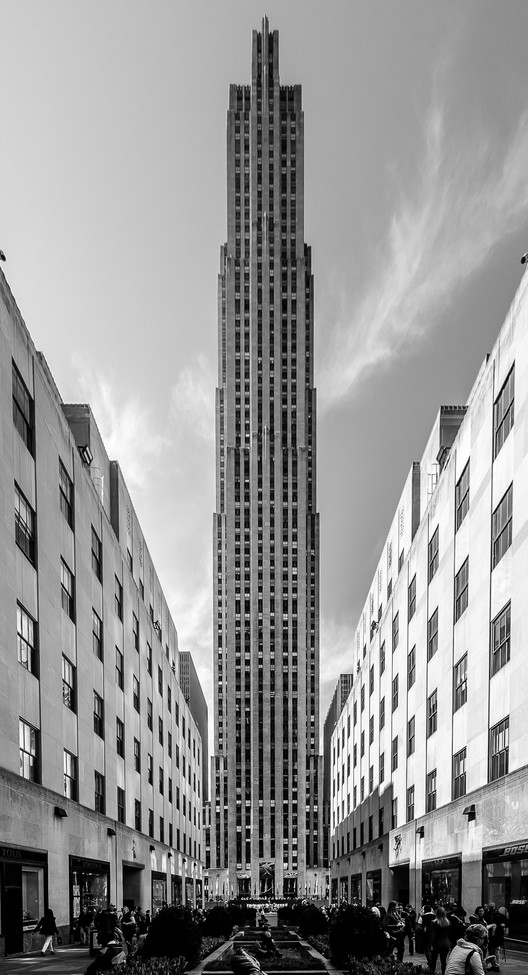