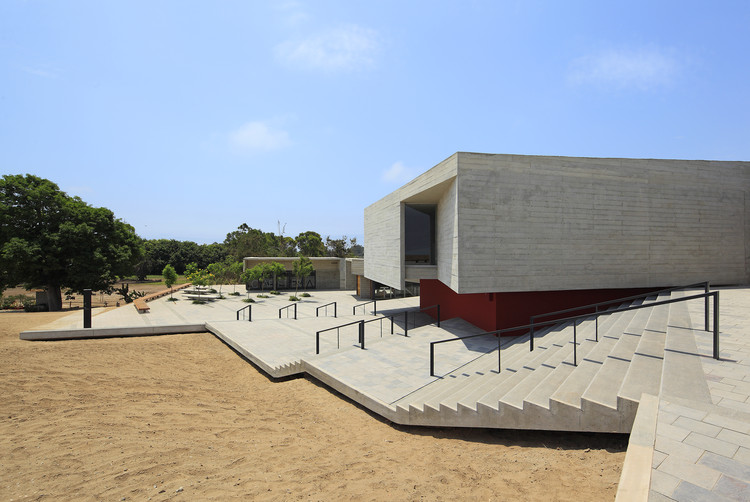 Text description provided by the architects. The Sanctuary of Pachacamac is a place where the pre-Hispanic architecture moves us by his silence and scale; its long paths confined by impressive wall structures permanently confront us with the worship places. Its relationship with the environment is defined by traces organizing the occupation over time. Pre Hispanic architects understood that architecture was a mediation between man and the worship of gods, with a deep tradition were permitted to operate its projects within territory adaptation strategies. Thus, the building tradition was defining its architecture and adding on innovations upon its territory and circumstances.

Therefore, the museum emerges from a lightness that contrasts to the massive pre hispanic elements, its wall structures define its trace and its pathways defined by its large scale walls are in constant tension with the Sanctuary. The Museum tries to turn its sacred territory into a museum piece itself.

Contemporary architecture talks of pre-Hispanic architecture, taking its elements and building an alternative grammar with which it allows itself to inhabit the symbolic landscape and define spaces to frame the Sanctuary.

The museum project was born from his relationship with the Territory, its topographic traceand the ability to establish itself as a mediator with the Sanctuary. The exterior pathway spaces nest in their need to frame the prehistoric temples. The building itself adapts to its surroundings directing their views reinforcing the relationship with sacred buildings.

Volumes are folded in an earthquake gesture, (Pachacamac was known as the Earthquakes God) and stressed between their external pathway ramp gaps, associated with the pre Hispanic streets where the pilgrims approached their temples in linear spaces within its large scale walls.

Its mass, expressed in their rough concrete walls are associated with the pre Hispanic earth wall structures, the limb in an attempt to build a kind of shadow typology, the project avoids composition perforations. The project defines its form upon the wall.

The building places itself in a “weak” attitude towards its environment; the scale is handled in complicity with the topography and the unevenness of the ground to avoid breaking abruptly into the place. It is only when you descend to the meeting Plaza, where the building is revealed in its full scale. The building expresses its deep respect for the sacred territory where it inserts, and manifests as another laminating layer in the long process of transformation of the Sanctuary 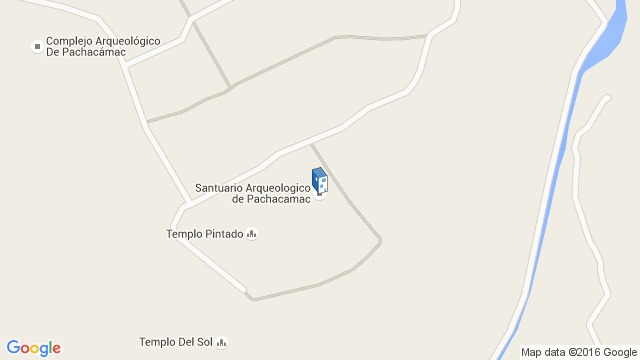 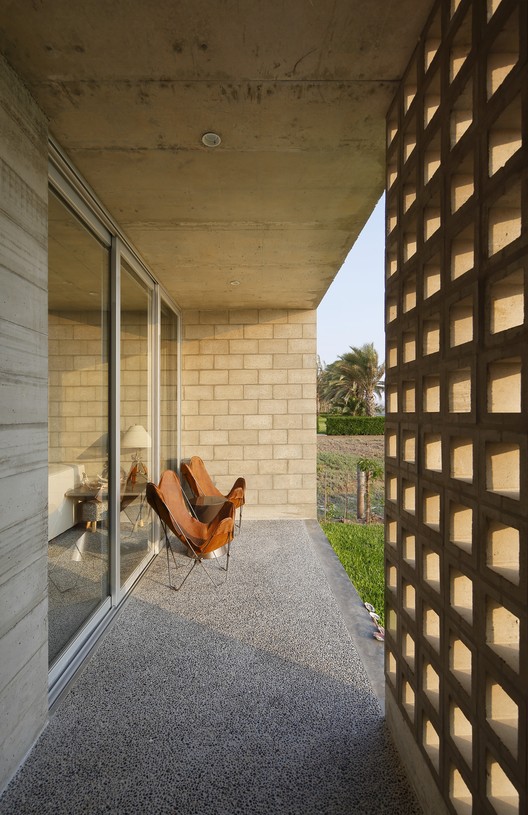 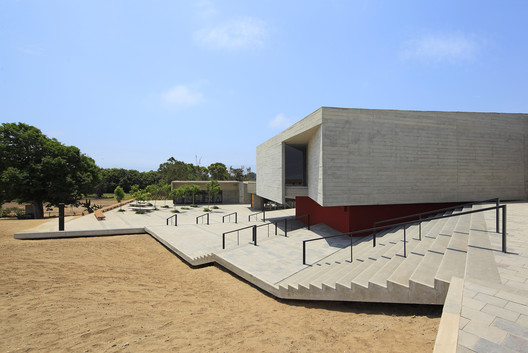