Save
New Lease of Life for ‘t Karregat / diederendirrix 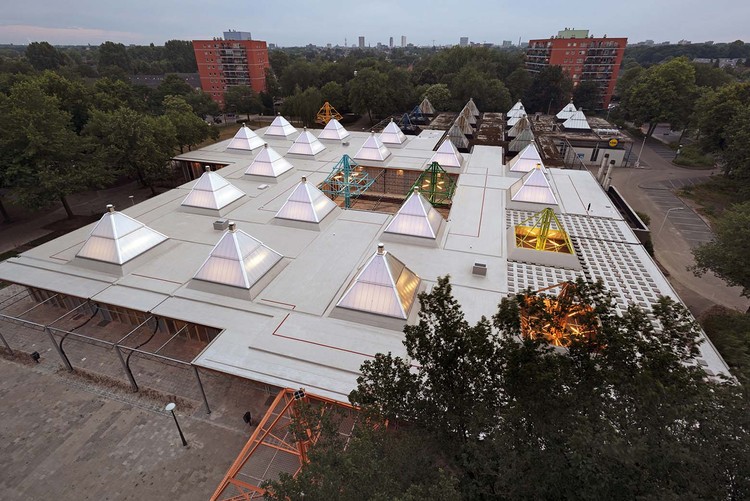 ’t Karregat (1973) has been renovated by diederendirrix architects in conjunction with architecten|en|en and has space for the school, day-care centre and some community facilities.

‘t Karregat, designed by architect Frank van Klingeren, was one of the first multifunctional centres in the Netherlands. Underneath a large continuous roof, supported by steel umbrellas, he left free space without partitioning walls for a supermarket, small shops, primary schools, a sports hall, and a community centre. The building in the area Herzenbroeken in Eindhoven received ample international attention, but it turned out that the experimental lay-out didn’t work. The users themselves soon divided the space with partitions until the space underneath the roof was totally congested. “We have designed the ideals of that time with current functionalities and techniques.” Paul Diederen, architect diederendirrix

Diederendirrix architects and architecten|en|en faced the task of giving the building a new lease of life. The design’s basis – the roof with the extraordinary umbrella constructions - has been restored and made more sustainable. We wrapped the umbrellas with transparent panels, which lets daylight fall into the space and which solves climatic problems and dust nuisance. A flexible system of internal walls with closed and transparent parts creates more openness. A new patio, which provides the surrounding spaces with daylight, was created by opening up a part of the roof. In doing so, the building’s lay-out changed and now has clear entrances in a transparent façade. It is once again fresh and functional with respect for the original design.

At the reopening of ‘t Karregat in the autumn of 2015 the building was once again not finished. The commercial functions were not renovated. The renovation to date of the school, day-care centre and district facilities shows that a thorough brushup can get the building ready for the future again. The school’s and day-care centre’s pupils, parents, teachers and administration are highly satisfied with the revamp. Our method of approach is now developed and tested with very good result. It can easily be applied to the parts yet to be renovated.

“Because of its umbrellas, ’t Karregat is a different school than we are used to. There’s no other school in Eindhoven with this much sense of space and transparency. The users are very satisfied.” Leo Bimbergen, project leader Eindhoven City Council 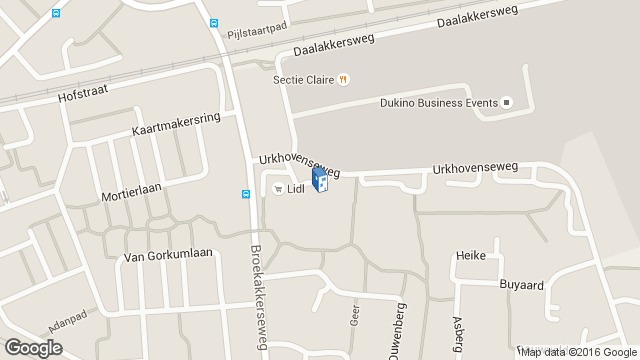