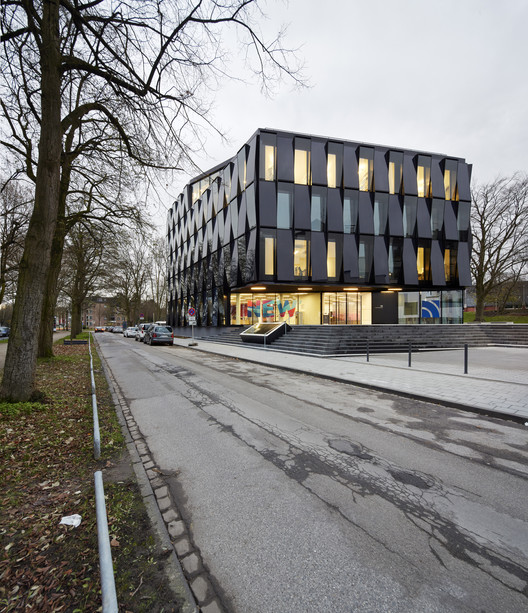 Text description provided by the architects. New build of a modern energy efficiency centre on the campus of Hochschule Niederrhein in Mönchengladbach | ADDED VALUE The low-resource energy generation system is displayed on the outside of the sculptural facade made of photovoltaic elements, thus giving the building an unmistakable character.

The project, which is a cooperation between the energy and water utility company NEW and Hochschule Niederrhein, is designed to present innovative developments in the energy sector.

The five-sided structure, a solitaire in the urban landscape, is clearly perceived as a new element at the university, which uses the large forecourt with the open stairway to link the city and the campus. The special facade consisting of oppositely inclined, blue-tinged glass and photovoltaic elements has been designed to perfectly suit the orientation and incidence of solar radiation. A window alongside the open stairway offers passersby a view into the energy centre of the zero emission building that meets Passive House standards. In addition to the rooms for the energy centre NEW, the Blauhaus building accommodates various educational and administrative institutions of Hochschule Niederrhein, the university library, the start-up centre “Blauschmiede” with offices for new business founders, as well as the energy laboratory “Innovatorium” for pupils and students. 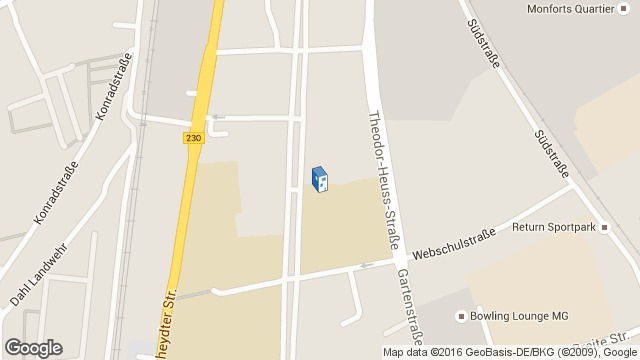