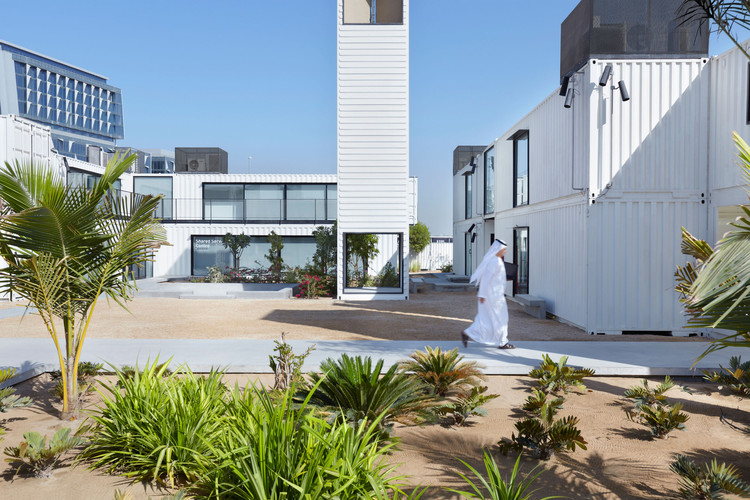 Text description provided by the architects. Hai d3 is a development that was conceived to be the incubator space for the development of UAE’s hub for emerging local creative talents, the Dubai Design District. It was meant to be a temporary facility with a 5-year program of use, and an 8-month construction schedule. The complex is intended to welcome a variety of events, exhibitions, collaborative works, and displays to encourage the growth within the different fields of art and design in the Middle East.

The development was designed as a neighborhood, bringing into fact that the masterplan of the whole Dubai Design District was meant to develop a community of artists within the region. Inspired with the efficiency of the traditional Arabic neighborhood planning, the project’s layout was designed to accommodate open spaces, which are further developed into landscaped “pockets” that serve as courtyards for each of the buildings in the complex. These courtyards not only complement the industrial nature of the architecture, but also promote activity, and consequently, vibrancy to the entirety of the site.

These buildings are formed with the use of recycled 40-foot shipping containers that were crafted with the careful consideration to preserve its raw, industrial form. The use of these shipping containers allow an expeditious build and dismantling process that can be helpful to refabricating the architecture, if deemed necessary. Six different layouts of stacking were implemented, which was formed to directly respond to the space program of the site. Art galleries, a workshop, a library, retail spaces, as well as a cafe and prayer rooms were introduced in the buildings, which were arranged according to the facility’s use. Annex buildings were also introduced in the project, bringing in 20-foot service containers for toilets and storage, as well as an entrance piece that not only welcomes people to the district, but also serves as a multi-function space which artists can use to host movie screenings, gatherings, or outdoor workshops.

Sustainability was key in designing the development, given the green building initiatives within the region. Passive cooling, through shipping containers designed as “wind towers”, were distributed around the site. These wind towers promote natural ventilation by catching high draft winds and funneling it towards the courtyards in the site. Also, passive lighting was employed in buildings with the use of full-height windows and high sidelights, as abundant sunlight is intrinsic in Dubai. These windows also frame both the landscape on site and the Dubai skyline.

This development, with the use of clean, simple forms, and straightforward but welcoming views, offers its users a platform of flexibility, where they can embrace the dynamism of their work, and in turn, use this as a way to propel the creative industry of the Middle East. 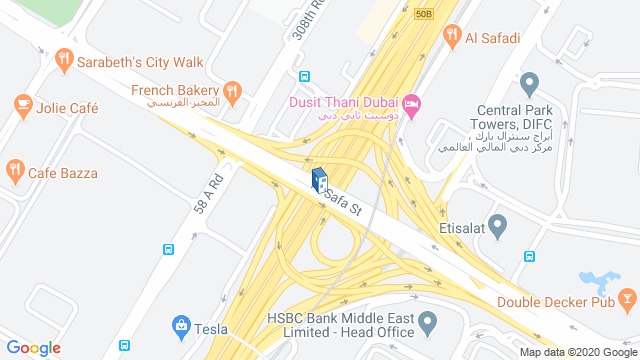 Location to be used only as a reference. It could indicate city/country but not exact address.
Share
Or
Copy
About this office
waiwai
Office
••• 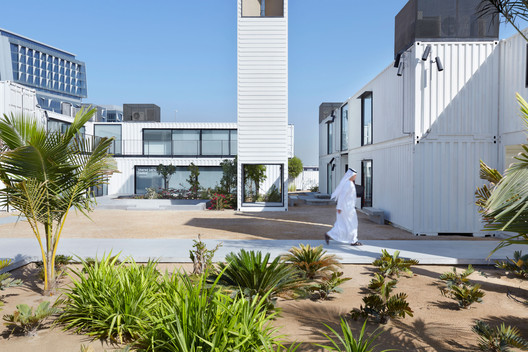