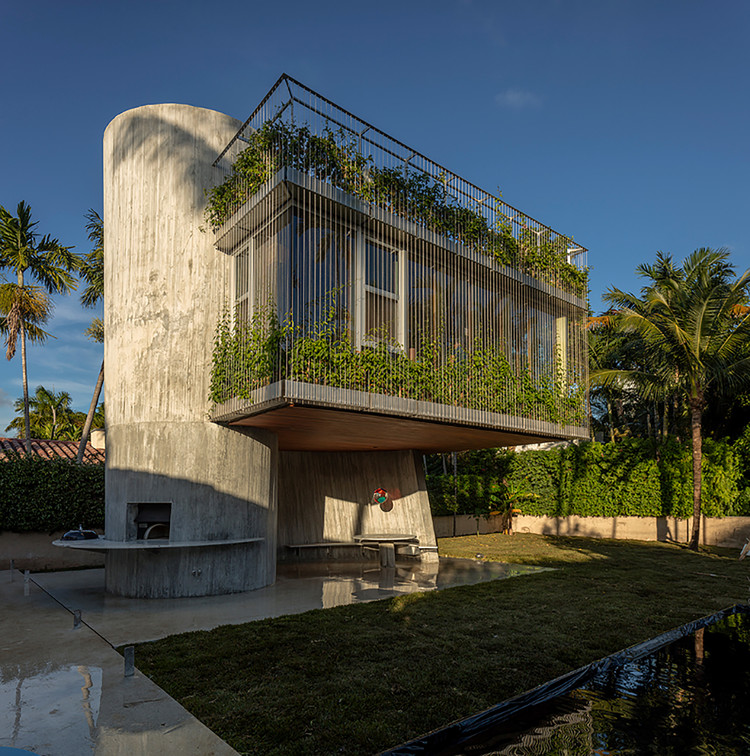 Text description provided by the architects. Studio Christian Wassmann and restaurateur Frank Prisinzano are pleased to announce the opening of the Sun Path House in Miami Beach, Florida. The house, a concrete structure in dialogue with a 1930s bungalow, uses the sun and as the central figure in the fostering of vitality and health of the inhabitants.

Designed by Christian Wassmann, the Sun Path House is a three- story extension that becomes a new center of living. Creating an open space between the original structure and the new addition, an expansive kitchen serves as a spatial connection for the original house while also providing a space of interaction for the owner and his guests. Behind the bungalow stands an outwardly spiraling wall with three levels. It is simultaneously structural, functional, and sculptural, and it serves as the spine of the project.

At the top of the building is a solarium, the heart of the Sun Path House, where the curved wall at its precipice maps the path of the sun on the summer’s solstice. During this passage, the sun’s rays reflect off the wall onto the surface of the deck.

Concurrently, the wall blocks the wind, imparting a sense of calm for the user. It is here that one can find solitude amongst the natural elements. This symptomatic experience under the open sky is free of the incursions of trivialities. At this moment, the user is able to identify an experience that is distinct from the banal. The highlighted interaction with the cosmos becomes exceptional.

Beneath, the vine-covered master bedroom on the second floor, the curved wall surrounds a round bed, while hiding an open bathroom on the backside. On the open ground level, the curved wall contains a large round dining table with a built-in bench that offers direct sight lines into the original bungalow. The form of the Sun Path House is a result of a dialogue with the original house and the cosmos.

The top edge of the curved wall is rotated 11.25o in respect to the existing building and the site lines in order to face north. In the middle of the wall inside the master bedroom, the wall’s curvature is parallel to the existing house. On the ground floor the curvature is 11.25o towards the middle of the garden. The rotation point of this 22.5o twist is inside the flue of a pizza oven, which is in the center of the staircase leading to the sun. 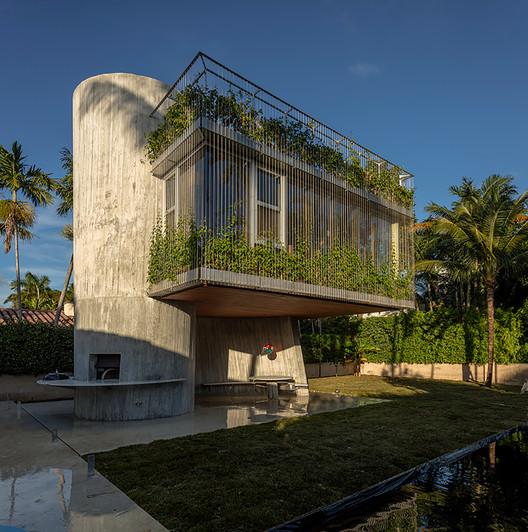