This work could be interpreted as a hybrid of classical and modern architecture: classical in its imposing monumentality, and modern in its domestic functional scale which offers shelter and control over the landscape beyond. It is in this particular difference in scale that a certain duality is created in the home, especially in the way one interacts with nature and in how it is presented to visitors.

Villa Malaparte has the plastic quality of an object, as the geometry regulates the order of the project as opposed to tis context. It generates a language that is foreign to its environment, imposing its own rules by giving it a monumental character. Yet it still creates a harmonious relationship with nature and does not disrupt its environment. This sensitivity is also reinforced in the choice of materials, rejecting the use of the 'concrete characteristic' of other modern buildings of the period. Villa Malaparte was built with local stone extracted from the site itself; as a result, it is as if the house has emerged from the landscape over which it is placed, the stairs seem to exceed the cliff, creating a new height on it.

The interior of the house is developed in a very closed manner yet within the house expands inside completely independently. It is distributed on three levels that vary in length. On the ground floor is the service area, cellars and laundry; on the first floor is the access to the house through the south western façade, the kitchen and the guest bedrooms. The top floor is presented as the Malaparte 'apartment', half of which is occupied by a large living space, surrounded by four windows that frame the scenery outside. The other half contains the two main rooms that connect to a studio located in the front of the house. The program is developed in a rectilinear distribution fashion, favoring the cross-sectional views of the interior spaces. A horizontal sequence of rooms is generated, so much so that on the top floor partitions are eliminated and one is forced to move from one room to another.

Above the house there is a large staircase leading to the solarium, a new floor that feels as though it extends toward the horizon. This space remains completely oblivious to the rest of the house and is not accessible from the interior spaces. It is presented as a straight flight of stairs without rails or walls that might pollute the geometric purity, or protect against the sensation of vertigo. It is in this architectural promenade that the monumentality of Villa Malaparte is manifested most clearly. The staircase is presented as a ritual of arrival to the point at which the landscape finally unfolds entirely to visitors.

After the death of Curzio Malaparte in 1957 the house—like other great modern works such as the Ville Savoye by Le Corbusier or E-1027 by Eileen Gray—was completely abandoned, spending much of the twentieth century in a state of total disrepair. In 1961, Jean-Luc Godard shot his acclaimed film Le Mépris in Villa Malaparte. In this film, the architecture takes on a leading role and becomes closely linked to the script of the film.

It was not until the late 1980s and early '90s that serious reconstruction and restoration of Villa Malaparte began. These were led by Niccolò Rositani (the great-nephew of Curzio), thereby repositioning the house into the public eye once more. In 1980, John Hejduk write in Domus 605 that "Villa Malaparte by Libera is private. It is a house of paradoxes. It is an object that consumes. It's full of stories without counterpart. It is a relic left on a pinnacle after the seas have collapsed. It is a sarcophagus of soft cries. It whispers of inevitable destinations." 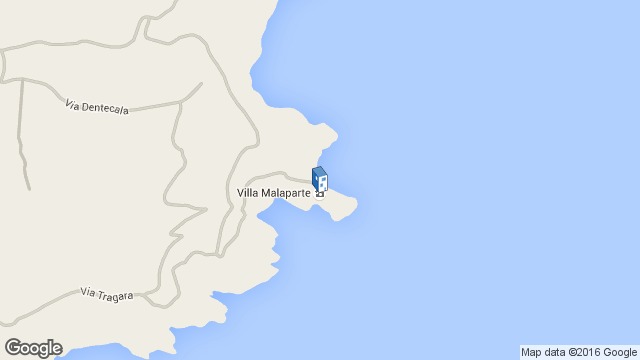 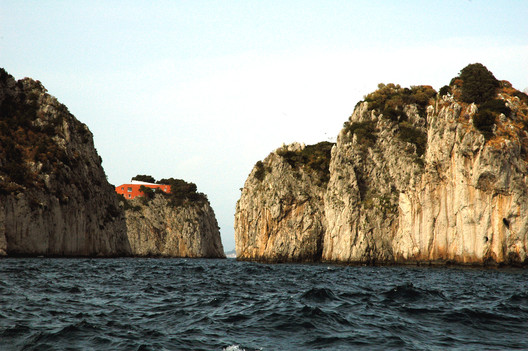