Read more
Save
At 180 Creative Camp, "Domesticity" Brings Living Space Out Into the Public
Share
Or
Copy

After being announced as the winners of the 180 Creative Camp Open Call for Urban Interventions, earlier this year the Colombian team of María Mazzanti and Martin Ramirez realized their design for the city center of Abrantes, Portugal. The project, entitled “Domesticity,” reached out to residents of Abrantes for unused furniture, which the designers refurbished, repainted, and reused to create a shared outdoor living space where people could interact. The designers arranged the furniture pieces to encourage writing and drawing, and built a mailbox to house conversation topics. 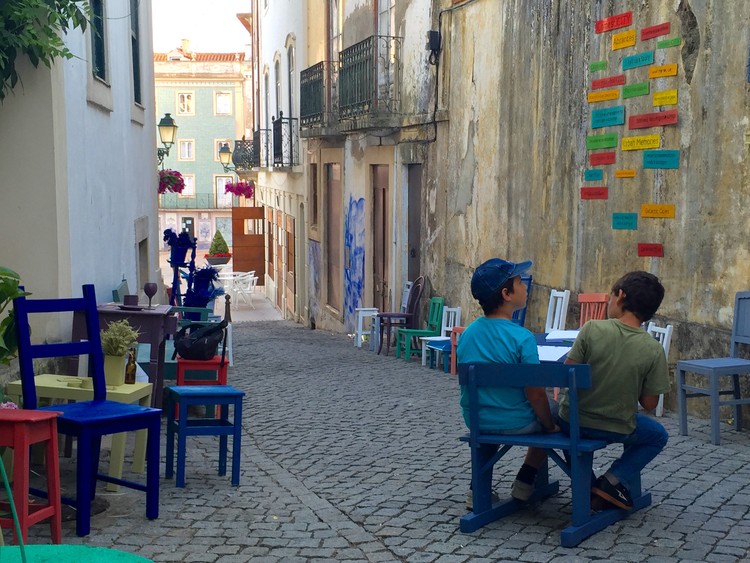 Created for the fifth installment of Portuguese arts television channel Canal180's creative camp, the project was selected from a pool of over 60 proposals from 20 different nationalities by a jury that included representatives from Canal180, the city council of Abrantes, the Lisbon Architecture Triennial, architecture collection Plastique Fantastique, and ArchDaily. Watch the video to learn more about the city’s transformation and visit 180 Creative Camp’s website for more about the event.