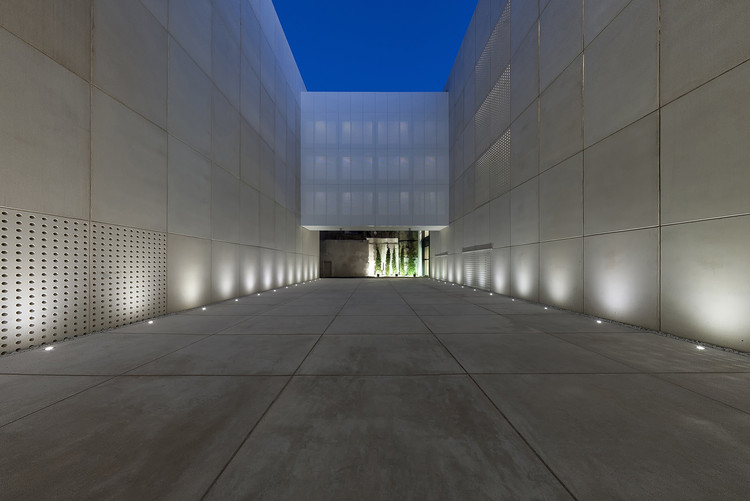 Text description provided by the architects. Building on the unique historic center of Palma de Mallorca is to recognize the opportunity, find the appropriate character of the city. The streets there show homogeneous, timeless, and carefully measured attributes preserved. Their openings range from vain exchanging private and public. The courts thrill, these centers apparently casual, always generous, nothing immediate. The tones, stone and light. The gift of subtle transparencies that intertwine its walls.

Our mission was to transform an old building from the forties, lateral appendage of the former convent of San Francisco, to the new headquarters of the Archive of the Kingdom of Mallorca. Respecting the body of the main street facade, listed by part of the careful sequence of monumental historical fronts, we were allowed to demolish everything from inside volume, surrounded by a perimeter of a highly fragmented building. An action so delicate and precise because of the dense surrounding occupation.

Build an Archive is to locate a treasure. Hosting the documentary history of the place, which must be protected, guarded, to be consulted, studied. Therefore, within areas must be accommodated for public use, but also attentively, it must be carefully conditioned to provide a safe, numerous documentaries container deposits.

Consequently, internal distribution is given by the logical sequence of accesses and routes. From the main street, and adapting the historical vertical elevation of three levels, areas of direct occupation of the public and staff are provided. Cultural and assembly applications on the ground floor.

The great room of researchers on the first level. And areas dedicated to the work of internal staff on the last flat. Adjoins to the historic body, on the inside, an annex volume, with five levels, which order the distribution and service core of communications, locating the technical installations channeled and additional units. In parallel, retired in the bottom of the plot, the volume of six levels of deposits, more dense and airtight. In its lower level adjacent access road to the side street allows the entry of papers, sorting and treatment.

An extremely well insulated and protected cubic volume, which connects the building for public use by a prism of air gateways. Finally, part of the chain of functional pieces, between the coffer of deposits and the area open to the public, in the center, an outdoor area, a patio, a silence is released. A large and surprising place collecting echo the shape of the city.

Overcome the difficulties associated with pre-existing, proceeded in an orderly manner to perform the supporting structure, enclosures, technical installations and finishes. Decisions were taken allowing different functional environments and built the adequate basis and nature of the spaces. Both the choice of materials, colors, textures, such as optimizing the various technical systems, especially the lighting and air conditioning, and finally the careful choice of furniture, sought at all times to model sensations intentionally, redirecting the route and the building experience.

To add value to the proposed here must understand what contributes to the historical site of the city and the attentive building of the future architecture. Although its inside character the building is not visible in its entirety from the surrounding streets, both the treatment of the main facade through new joinery and enclosures, as the strategic change the access point, predispose the user to the current configuration form and function of the new building. Once inside the coexistence of historical traces occurs in a harmonic and rhythmic way, not in vain all the constructive efforts of rehabilitation and consolidation is not shown, is not perceived, is concealed among its walls.

The different areas want to be contemporary, but part of the sensory cues of the best buildings in the surroundings. We build environments where inclusion of lightweight materials such as glass paneling and soft and bright colors, alternating with closures that appear heavy porous although, forming thresholds between inside and close to the ethereal transparency that hides the city outside. The rooms and spacious units are fully equipped, forming a pleasant and functional set that celebrates and facilitates the task of the modern building.

The best architecture teaches us that besides being presences mean. We would like to represent on this building the most serene evolution between what was and what can be. 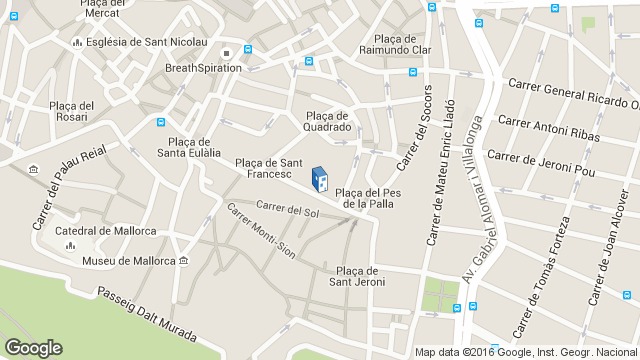 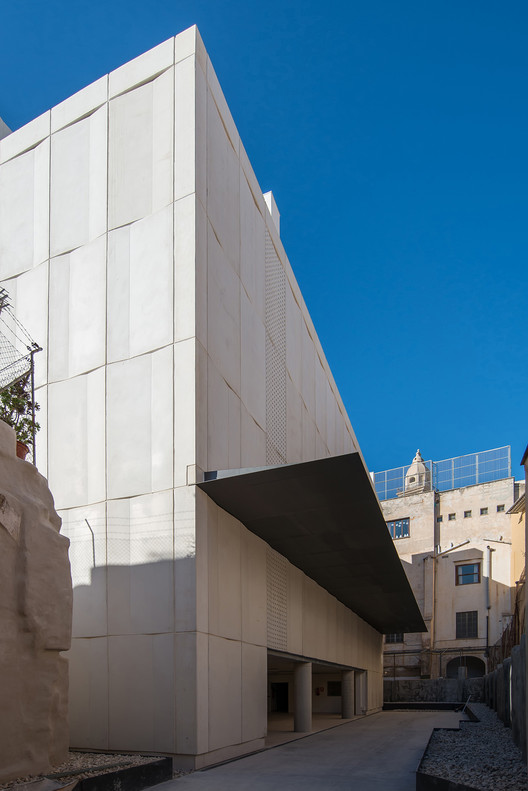