Text description provided by the architects. The surface light rail glides smoothly to the surface on two lanes of steel, without making much noise.

The implementation of the rails is imposed by a quota system, according to strict rules, with no room for subjective considerations.

Steel rails must be incorporated into the streets (in an emergency, firefighters must be able to pass). Materials can range from granite cubes, asphalt mat or grass carpet.

For acoustic reasons, the rails are supported on a floating slab, padded with foam rubber, which receives the steel parts.

The implementation of this system requires the demolition of the streets and, consequently, the entire infrastructure.

But the problem of the metro on the surface, is not only the surface, we must look to the sky, airlines and lighting. These can be suspended from a central "post" or two side posts.

When the width of the street does not allow the system, airlines are suspended by wires from façade to façade.

The problem is usually the "NUAGE" glass facades or brick of 7 cm on the outer wall.

We work from center to center (the metro channel is always inflexible) and the remainder is distributed to other vehicles parked where appropriate, and routes to reach the thresholds.

We can make transitions of materials, changes in slope, but the thresholds are "sacred", like playing on the shoulder of a stranger.

From shoulder to shoulder we exchange flooring, textures, walks, guides, anti-guides, light poles, trees. It's not that we want to change the geography, but the "Metro forces".

When there are difficulties, we use the "Transmetro" the "Normetro" which in turn communicates with the metro, the Chamber, the parish council, residents and merchants.

After being approved "for execution", the streets that intersect and expand yielding roundabouts, squares, left places, small squares, squares with trees, parking and, why not, "Boulevards" - Avenida da República: Gaia / Matosinhos begin to emerge.

Without this as our vocation, the Metro builds places, nooks, combinations cities, it draws the Metropolis - Gaia, Porto, Matosinhos, Maia, Trofa, Vila do Conde, Povoa de Varzim, Gondomar and more.

Cities do not change by political decree, but by the appearance of the systems necessary for their survival and development.

So it was with the Romans, on two routes that crossed, they designed the Cardus and Decomanus, and in the center, the Forum.

So it was in the Middle Ages, the Forum was the Cathedral Square, built with the stones of the demolished temple.

It was so in the Baroque, with the design of radiocentric axes, this Cathedral was linked to the doors of the Wall.

It was so in the Neo-Classic, gates were demolished or redesigned and expanded for linking the roads and became squares surrounded by convents.

It was so in the nineteenth century with the railway, some convents became stations (San Benito).

It was so in the twentieth century, with the light rail (Matosinhos / Trinidad).

It will be so in the twenty-first century in which the light rail must be integrated into a planned system for new geography (quite improvised) that cannot be postponed.

"The country is small and we are few ..." (Jose Cardoso Pires), but I think we will succeed. 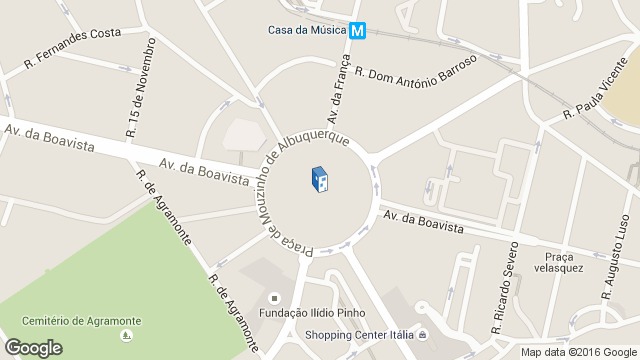 Location to be used only as a reference. It could indicate city/country but not exact address.
Share
Or
Copy
About this office
Eduardo Souto de Moura
Office
••• 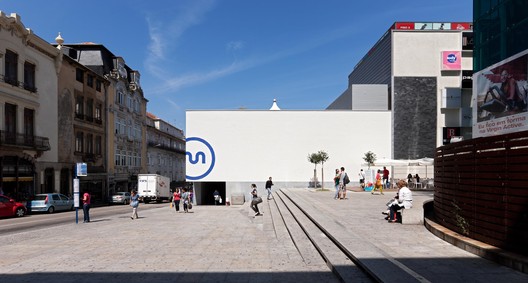