Text description provided by the architects. In the western suburbs of Chicago, a dramatic transformation was propelled by merging an existing brutalist-inspired Library with a fluid new addition. After a 2½ year design and construction phase, it emerged as a contemporary structure with a green mindset and a sharp focus on technology. An entirely new image from Park Avenue features a facade enhanced by a canted glass tower. Soft light from the ramp handrails and the tower add a sense of mystery to the composition, drawing the eye to the entry. The original building, partly recessed below grade and glazed with smoky panes of glass, was far less transparent and attention-grabbing. With energy-efficient low-E clear glass, the new facade entices passers-by.

A sculpted facade features two distinct architectural zones. The administrative wing on the mezzanine level uses geometric light boxes to give the long facade relief and interest. Each light box connects to a separate room behind the facade. The board meeting room is the light box that protrudes outward; its shape is expressed internally, as well. On the main level, a clear glass facade greets patrons and entices them with the bright colors used in the Young Adults department. Visual connection between the street and the library's interior was a major goal for the renovation. Solar control at this part of the building is achieved by motorized shades that retract into the ceiling.

Over 15,000 square feet of green roof was integrated into the design. Lightweight sedum was used in conjunction with a tray system to capture and slow down the rate of flow and diffuse environmental pollutants. The green roof also insulates during the winter, prevents heat gain during the summer, and shields the roofing membrane from UV rays, extending the life of the roof.

The integration of a bio-swale along with roof scuppers provided an additional landscaping concept for the site. The bioswale is not a "wetland" area, per say, but an area that would allow quick filtration and release. Native Landscaping was used around the site to minimize lawns, which are not only maintenance intensive, but also create chemical runoff.

The existing building's architecture perhaps took some inspiration from Louis Kahn's Exeter Library, with a brutalist take on exposed concrete and wood beams. This reading room was transformed not only by the hanging light fixtures, but by the redesign of the mechanical layout to eliminate air ducts from protruding into the center of the space. The existing rounded windows were upgraded to double-pane, low-E glass. Shelves holding New Fiction complete the space, which encourages casual browsing and comfortable seating in a light-filled room.

A complex tubular structural geometry was employed for the interior of the west entrance glass tower. Diagonal and cross bracing provides lateral support and wind-load transfer. Round, hanging lights dance here, and throughout the building. Some are translucent, while others have exposed, energy-efficient lamping. The entrance also features an all-glass revolving door and an RFID security gate system. Flanking it is a large, four-panel video screen for slide shows, live cable TV feeds or other multimedia presentations.

Just beyond the intersection of two main hallways is the "Amoeba" space, so named because of a curvaceous platform that floats in the middle of the floor plan. This part of the library houses digital media as well as the Periodicals collection and is the project's signature architectural expression. The amoeba platform is pulled away from all sides of the building, allowing natural light to pass into the lower level. Atop the amoeba are light "scoops" that capture outside light and reflect it into the space. Each scoop was designed to take advantage of various sun angles in summer and winter to help with heat gain and light transfer.

As patrons descend to the lower level via the main stair, they encounter one of the building's several "technology nodes." Interplay of the orange amoeba edge, the burst of natural light from the skylight and the accent energy of the "light wall" is compelling. The light wall was envisioned as a "mirror" to the skylight above it, but also is an active artistic element. Most often, the light wall has a soft, white glow that provides pleasing illumination during overcast days or evening hours. But it can be made striking with colors, too. And it powers up and down with a special presentation at the start and end of each day, either greeting patrons or alerting them that the library is about to close.

The hustle and bustle of the main stair is expressed in the forms that surround it. The canted edge of the amoeba and the main stair are a unifying element that helps the form wind down to the lower level. A yin-yang statement is made where the two forms nearly touch, reminiscent of shapes championed by sculptor Richard Serra. The graceful arcs embody the movement of the patrons.

Teenagers were made a priority with a new 5,000-square-foot space that is their own special zone. Colorful patterns and whimsical furniture provide a youthful focus, while varying ceiling textures and lighting patterns make the space exciting.

The library's most daring idea probably is the "Green Zone," a connective hallway between the adult and children's departments that also doubles as a tech node. The spatially abstract space is also visually absorbing. As another technology hub of the library, it has WI-FI and a long row of computers opposite study counters. The walls feature a textural striped paint pattern to reflect light from the illuminated panels. A fiber-optic sculptural "dragon" hangs in the space, its head and neck serving as official gateway to the children's department.

This renovation of an existing space houses the grade school collection along with plenty of tables and private study rooms. A technology hub is nearby, giving older children their own computer center. The ceiling has round gypsum soffits placed concentrically on exposed concrete columns. Light fixtures were mounted to the columns and shine upward on the discs, providing an indirect light that softens the space. A self-check and search catalog "pod" reinforces the goal of using integrated technology to enhance the library experience.

This room formerly housed the entire children's department, and was quite stark. Sheer walls of concrete and masonry were transformed with colorful panels to brighten the space and provide some acoustic tempering. New carpet patterns and a playful book stack layout accentuate the space, while above, ductwork once painted red, yellow and blue was changed to black to reduce its prominence. New lighting gives a warmer, more even feel to the space. In a dramatic change, a concrete walkway that once was the department's entry point was removed, allowing a previously blocked skylight to flood the area with natural light.

On a more utilitarian note, the replacement of the original building’s single-pane glazing with modern low-E insulated glazing will dramatically increase the efficiency of heating and cooling the building as well.

The library utilizes high efficiency boilers, water heaters, and chillers with non-global warming refrigerants. Electronic temperature controls with energy conservation features were also implemented. Occupancy sensors were included in tandem with the lighting control system to reduce the amount of power usage for the facility. Low-flow plumbing fixtures and lavatories were used in all the bathrooms in the facility, in conjunction with dual flushometers for enhanced water savings.

LED fixtures were also used for task and accent lighting to provide high efficiency light sources. The inclusion of the LED “light wall” helped this technology not only illuminate the space in a creative way, but also infuse art into the space.

Low VOC emitting finishes were used whenever possible, including paints and flooring. For the majority of flooring, FGMarch specified recycled rubber flooring made from 72.8% post-consumer recycled tires. Any carpeting that was specified also certified compliant with green industry standards for recycled content, including PVC-free backing and padding, where applicable. 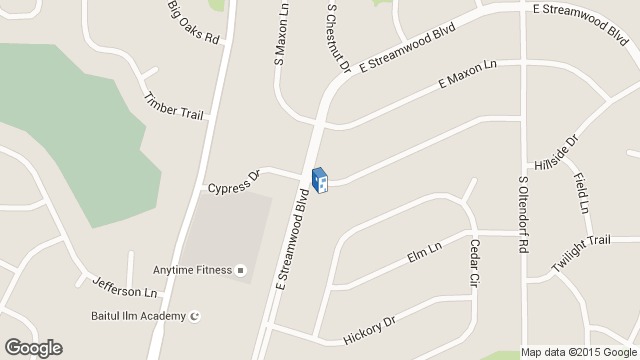 Location to be used only as a reference. It could indicate city/country but not exact address.
Share
Or
Copy
About this office
Frye Gillan Molinaro Architects
Office
••• 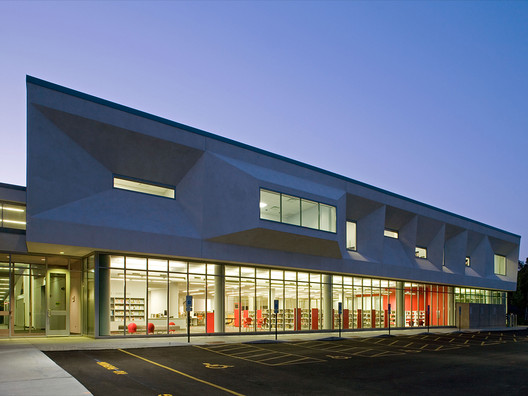