David Chipperfield Architects have revealed plans to connect the two Grade II*-listed London bases of London's Royal Academy of Arts - the 17th century Burlington House and the 19th century 6 Burlington Gardens - as part of a £50million ($80million) masterplan of "subtle interventions." According to the Architects' Journal, the two structures will be linked by a concrete bridge which will span fifteen metres across a service area and courtyard, and will see the creation of a number of new exhibition spaces, a lecture theatre, and a new space for the Royal Academy's world-renowned schools of art and architecture. A series of roof extensions and terraces will allow for new views over central London. 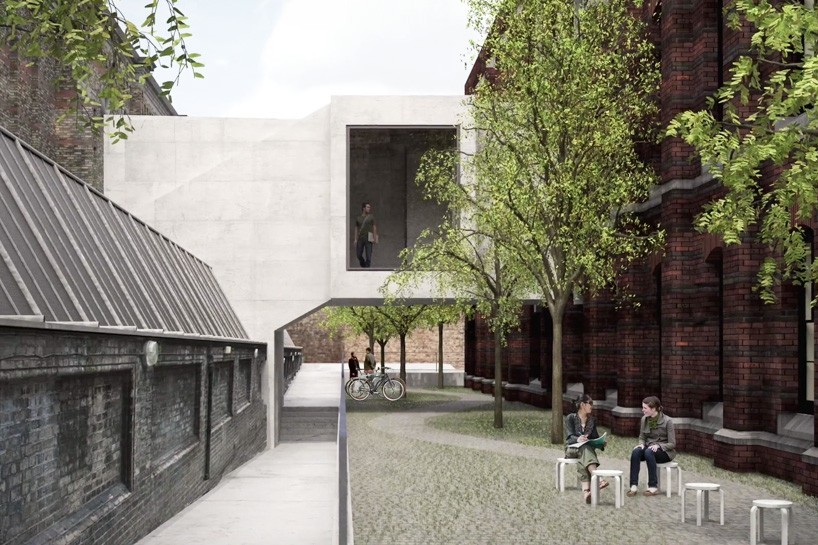 The plans are earmarked for completion by early 2018 with work set to begin this October, should funding be secured. Chipperfield has said "he hoped the ‘physical interventions’ of the project would be in the background, with the opening up of existing spaces and the creation of a new thoroughfare between Burlington Terrace and Piccadilly its main focus."

He has also said that: "The project is an architectural solution embedded in the place itself, a series of subtle interventions, which will add up to something very different. [...] You will see the Cast Corridors, you will see where the schools have been all this time. It’s a small amount of architecture for a profound result. [...] If most museums are Zurich, this is the Naples of the museum world."

Below is a video from Squint/Opera explaining the Royal Academy's history and future plans:

Story via the Architects' Journal. See more of Chipperfield's work on ArchDaily.