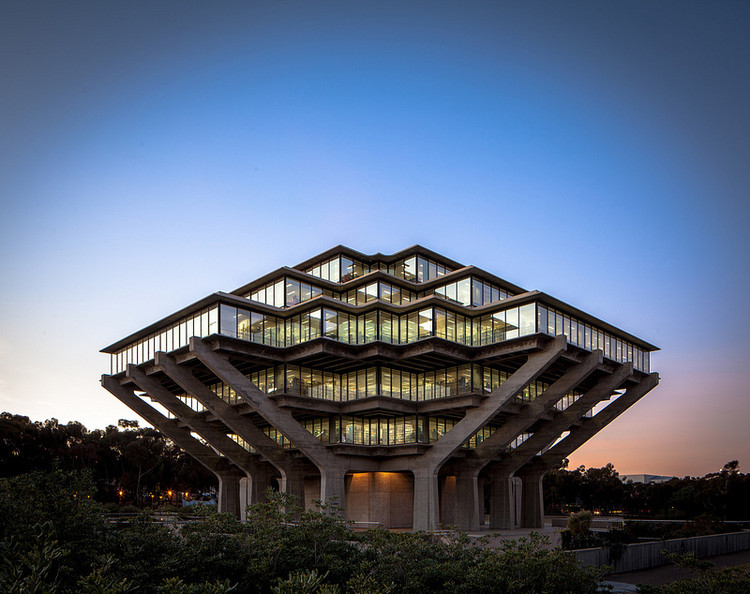 Born to Portuguese immigrants in Chicago, Pereira graduated from the University of Illinois and rapidly established himself as a prominent figure, designing a few notable Art Deco buildings and helping to draft the masterplan for the 1933 Chicago World's Fair. Moving to Los Angles and becoming involved in the film industry with his brother Hal in 1930, it wasn't until his partnership with Charles Luckman in the 1950s that his distinctive style of heavy masses with stripped down detailing emerged, becoming increasingly radical as his career progressed.

In 1958 Pereira & Luckman completed perhaps their most famous work, the Googie-styled Theme Building at Los Angles International Airport. Splitting from Luckman in 1959 and forming his own, independent practice, Pereira's work became a whirlwind of concrete, completing as many as 250 projects in the 1960s and 1970s, and working on increasingly high-profile landmark commissions. His austere geometrical style was soon to be seen in pyramids, ziggurats and domes in a variety of areas along the West Coast, including the San Diego International Airport (1959), plans and buildings for campuses for the Universities of Southern California, California (Irvine) and Pepperdine, the sprawling Los Angles County Museum of Art, and of course his two most prominent landmarks: the inverted ziggurat of the Geisel Library and perhaps the most recognizable building in San Francisco, the Transamerica Pyramid.

Pereira's forays into urban planning were also suitably monolithic, for example the masterplan for the Californian city of Irvine, a tightly regulated planned city around the campus of the University of California. Initially planning for a new city of 50,000, Irvine's regimented plan of individually planned and styled villages has since swelled to more than 4 times that size. His plan for the university, with stark brutalist buildings jutting out of the hillside on concrete platforms, formed an academic island within the suburbs he designed.

Find out more about one of Pereira's most famous works, the Geisel Library at the University of California San Diego, via the thumbnails below: 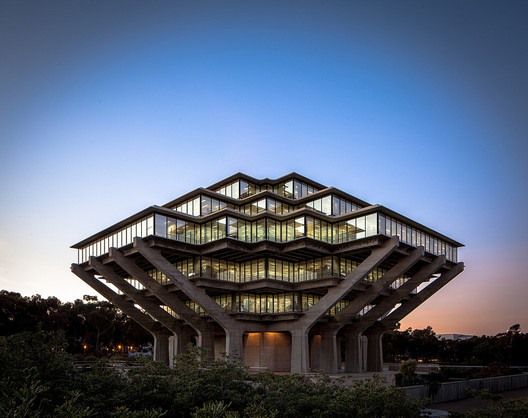