Save
Las Vegas vs The Landscape: Photographer Michael Light Exposes the Terraforming of the American Dream
Share
Or
Copy 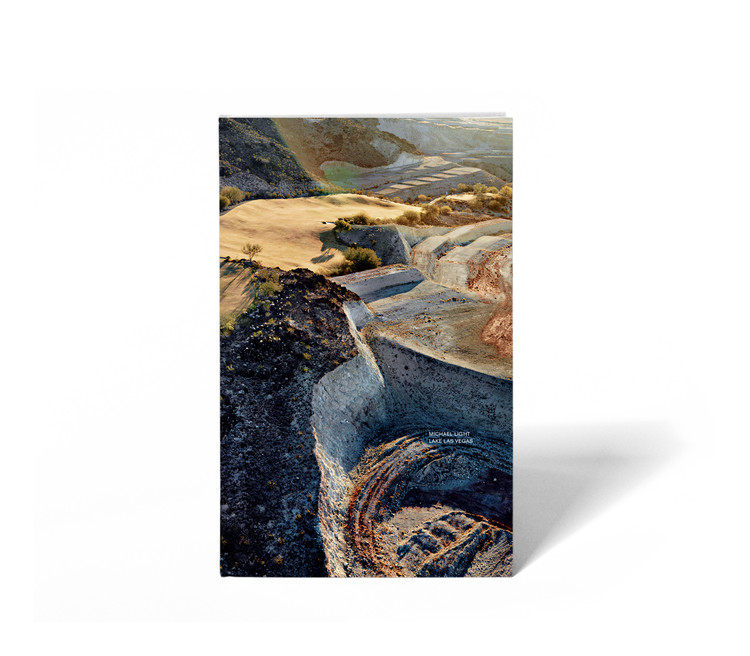 Light isn’t the first photographer to cover the impact of this kind of development. In 1975, William Jenkins curated an exhibition titled "New Topographics Photographs of a Man-Altered Landscape," featuring photographs of urban development across the US. The photographers in the exhibition pointed their cameras at the American frontier as it was then: vanishing under pristine grids, totally mundane and importantly, well known to the viewers (one man even recognized his truck). The New Topographics documented the dream of the American frontier as it truly was, unrestricted by artistic styling (they claimed to have none) and - the core idea of New Topography - attempted to do so in a completely neutral fashion.

With Light and the New Topographics covering similar topics 40 years apart, they make an interesting contrast. Light’s photographs certainly don’t claim neutrality; they shout their accusations of environmental devastation, cookie cutter architecture and a lifestyle far removed from the landscape as loud as they possibly can. That said, even at the 1975 exhibition there was a tension at the heart of the New Topographic aim, as the subtitle of the exhibition hints at. Before then, the American frontier was either the subject of romantic nature photography by Ansel Adams, or conquered as part of the lingering dream of Manifest Destiny colonizing and taming the West. By photographing these frontier areas as they really were, the New Topographics are pointedly refusing to endorse the frontier dream. Intentionally or not, this blew a hole in the side of the ideals. Without romantic or idealistic depictions of the frontier, it was impossible for them to reconcile the dreams of society - the open West - with the construction that the dreams had brought there.

Just as the New Topographics fail to reconcile the natural and built landscapes by depicting them without judgement, the developers here can’t bring them together, despite the vast amounts of money - literal billions - that have been poured into the projects over the past decade. In her essay for Lake Las Vegas/Black Mountain, Rebecca Solnit explores the way wider Las Vegas rejected the desert landscape and frontier ideal in admirable depth, highlighting how Vegas has moved from incorporating the idea of the desert to replacing it with an outside vision, which provides a much needed context to the development. Appropriately, even the name Ascaya is a fairly meaningless mangling of an imported Greek word, “ascia,” a form of tool used for carving and agriculture, which the developers state without irony is a reference to the way they dominate the very landscape that only one line before they claimed as the inspiration for the whole project.

Far from being “shaped by the elements,” these new suburbs don’t even seem aware of them, rejecting any American influence or novel design and importing a totally alien faux-European style, with a replica of Florence’s Ponte Vecchio stretching across Lake Las Vegas’ artificial lake and houses in the subdivisions (named ‘Barcelona’ or ‘Roma Hills’) using a pastiche of stucco and red tiles that is apparently Mediterranean. Any praise for the housing style at least acknowledging the warmth of the desert climate is undercut ever so slightly by the profusion of Scottish style golf courses that pepper the place - or for that matter, the enormous artificial lake in an area where the Lake Mead reservoir loses up to a million acre-feet of water annually through evaporation. The imported European stylings extend as far as giving many of the more expensive houses central courtyards, so that life can look inwards; introverted houses, laid out from the inside and pasted across landformed terraces, pulling away from community and away from acknowledging the desert setting.

Trying to set themselves apart from the '90s excess of Lake Las Vegas, the promotional images of a future, completed Ascaya may try and claim that Ascaya embraces the desert setting in a way that Lake Las Vegas does not, with their expanses of glass and Frank Lloyd Wright quotes. But even after the ironically destructive construction Light’s aerial photographs highlight a spectacular frontier landscape that would be missed from a ground perspective, which could be taken right from the earlier, more confident depictions of the American dream. The aerial perspective allows a view of the unrealistic lifestyle Ascaya promotes; as Solnit points out, who are those sidewalks for? This is neither a walkable development nor a walkable climate. The proliferation of private pools, sprawling floor plans and a patchwork of golf courses all provide an insight into the form of life envisioned by the developers of Ascaya.

Compare, for example, the photographs by Julius Shulman of the Los Angeles Case Study Houses, built from the 1940s to the 1960s as model homes for the future of development in the American West. These are confident, optimistic photographs of the new homes dominating the landscape, but in a way that’s intended to reinterpret all this desert space as sites of leisure, accepting and incorporating the frontier into life. While they indicate a society confident of the link between landscape and lifestyle, New Topography is a society losing that confidence, which prevents their photographs explicitly building a dialogue about the relationship between the dream of the West and the built environment - though they implicitly bring the relationship into question. Light’s photographs, then, allow him make a definite, successful statement on the way this link has devolved.

This is why Light depicts the construction process in his photographs: they allow him to engage with the landscape that would otherwise be obscured. The clear comparisons to mountaintop removal mining and the patterns formed by the unfinished terracing allow him to draw together the frontier dream and the built environment in a way that the New Topographics, in their stated neutrality, could not. By so directly comparing Ascaya to the surroundings and making so clear a condemnation, Light is able to show how developers reacted to the loss of confidence in the frontier dream that the New Topographics illustrated: by rejecting the link entirely, and laying a completely new vision over the top.

It’s easy to mock developments like these, with all their pastiche and conspicuous prosperity. Fun, too, and Light’s condemnation of them is both effective and thoroughly necessary. However, the harm that he illustrates so well isn’t just caused by reckless suburban construction, but by a failure to articulate a confident relationship with the landscape that the romantic frontier dream, for all its flaws, was. Reconciling the ideals of landscape and built environment is essential for successful architecture, and many more buildings beside just these houses fail to do so. At a time when across the world, it seems that there’s an increasing movement to reject homogenous and globalized architecture - the competition to design an alternative to the next Guggenheim museum in Helsinki, for example, or Koolhas’ “Absorbing Modernity” provocation for the National Pavilions of the 2014 Venice Biennale - we must be cautious as reading Light’s work as yet more snide ridicule of McMansions and poor taste. The disconnect between the natural and built landscapes, between the American Dream and the American Reality, is the real issue he is highlighting. We should listen. 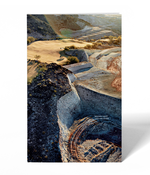 With great thanks to Aaron Shaw for his considerable expertize in the history of photography.