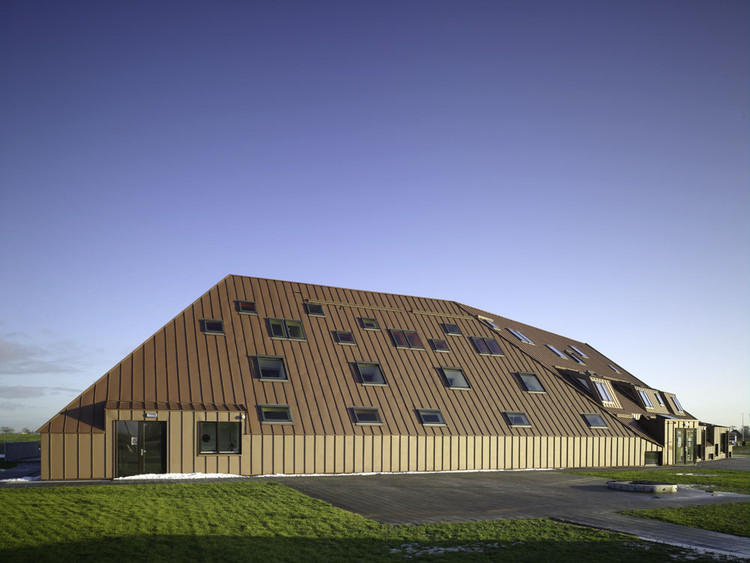 Text description provided by the architects. The project is framed in the Zuidlanden housing urban project that aims to alter the Dutch suburb.

Zerodegree Architecture, the Amsterdam-based office of Japanese architect Yushi Uehara, has designed Elementary School complex on the ancient village core of the area. The building stands next to a monument, a farmhouse built in a local style.

Today’s Dutch suburb is greatly made out of a regular pattern, which developed out of post war reconstruction plan. The planners of Zuidlanden area target informal, vivid but secure housing neighborhood, for which they applied regional village structure. The area is expected to attract young families of the region. In the Netherlands elementary schools can be set up if a candidate school satisfies the norms, which include sufficient numbers of pupils. School building is to be given by the local government. The consequence is that the school building comes to the user after good amount of pupils learning in a temporary facility. In Zuidlanden area the local council initiated a permanent schooling space to rent out before schools in the neighborhood collecting sufficient pupils. It eyed to help establish stimulating learning environment and to form a center of neighborhood activities.

The architectural project started as a research on a temporary facility, its location and its capacity. The study was followed by typological research on ‘ideal’ school building for the area. The study included innovative analysis of Dutch school architecture prize winners. The project moved on to become permanent at point when it was clear that neighborhood gains from such project.

My interest was to constitute architecture with functionalist disciplines while molding it in a roof shaped envelope of regional farm house. I aimed to realize a variety of functional scripts; programming a number of working animation of this building.

The school was given transparency of its education by applying large amount of glasses in interior. In doing so the clients were convinced that it will anchor users of the region to the school.

Under this large roof there are 15 class rooms on three floors, one sport hall and two kindergardens. The building has diamond shaped foot print above which one roof with polygonal form raise. Besides the client designate three elementary schools of different disciplines to use one building, while in five years time it will be used by one school as the neighborhood grows. Therefore, realizing a building structure that allows two to three simultaneous activities in one building was considered as a crucial quality that activate the potential of every square meters of this building.

I paid attentions to apply good numbers for special sub composition in order to realize this transition: Three levels, six groups of class rooms, four entrances and so on while sharing one lift, sport hall, two playrooms and two kindergardens together. I focused on organizing good sequences of Internal routing to assure the funcitonalities, with second or third different way of using the building in mind.

The floor plan stretches longer as the building raises higher. From concentric to battery, changing the relationships of interiorized working spaces and the class room. Here, older pupils use higher levels, giving them possibility to unfold their group activities step by step: learning in groups, undertaking coordinated small theater like presentations and to organizing presentation activities.

Looking back I do believe that my initial aim to create exceptional atmosphere, where modern and the past fuses a eastern harmony, is successfully materialized.

The roof till its first level has a series of smaller capping, a folded roof with triangle side windows, which extends the class room space towards outside. This gives technical advantages adopting a structure a superior ventilation capacities and day light gain and energy savings.

My second interest was about its psychological function; how this building may function to raise awareness of space-time. I used the logic of difference for it. There is one regional farmhouse standing right next to the school. These two buildings are unmistakably related. It should be obvious for anyone including children to ask the reason as to why and how the two buildings are similar but definitively different. With this clue in mind, I am hoping that the building may help project vision to a larger modern world. Fortunatelly the current users are all none but satisfied with the building, which adds satisfaction to my efforts. 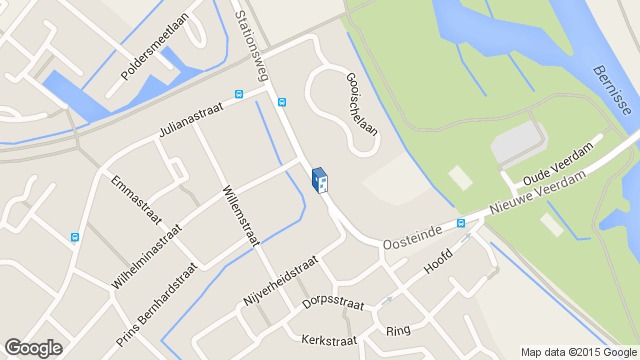