The first-place competition winner from KM 429 architecture, this proposal for the Isola Garibaldi Civic Center draws inspiration from Milan’s historic architectural tradition superimposed within the modern urban context. Through its refusal to be monumentalized, the Civic Center generates a new language within its neighborhood and looks to the city's past to create a vital civic architecture to serve present, and future, needs. 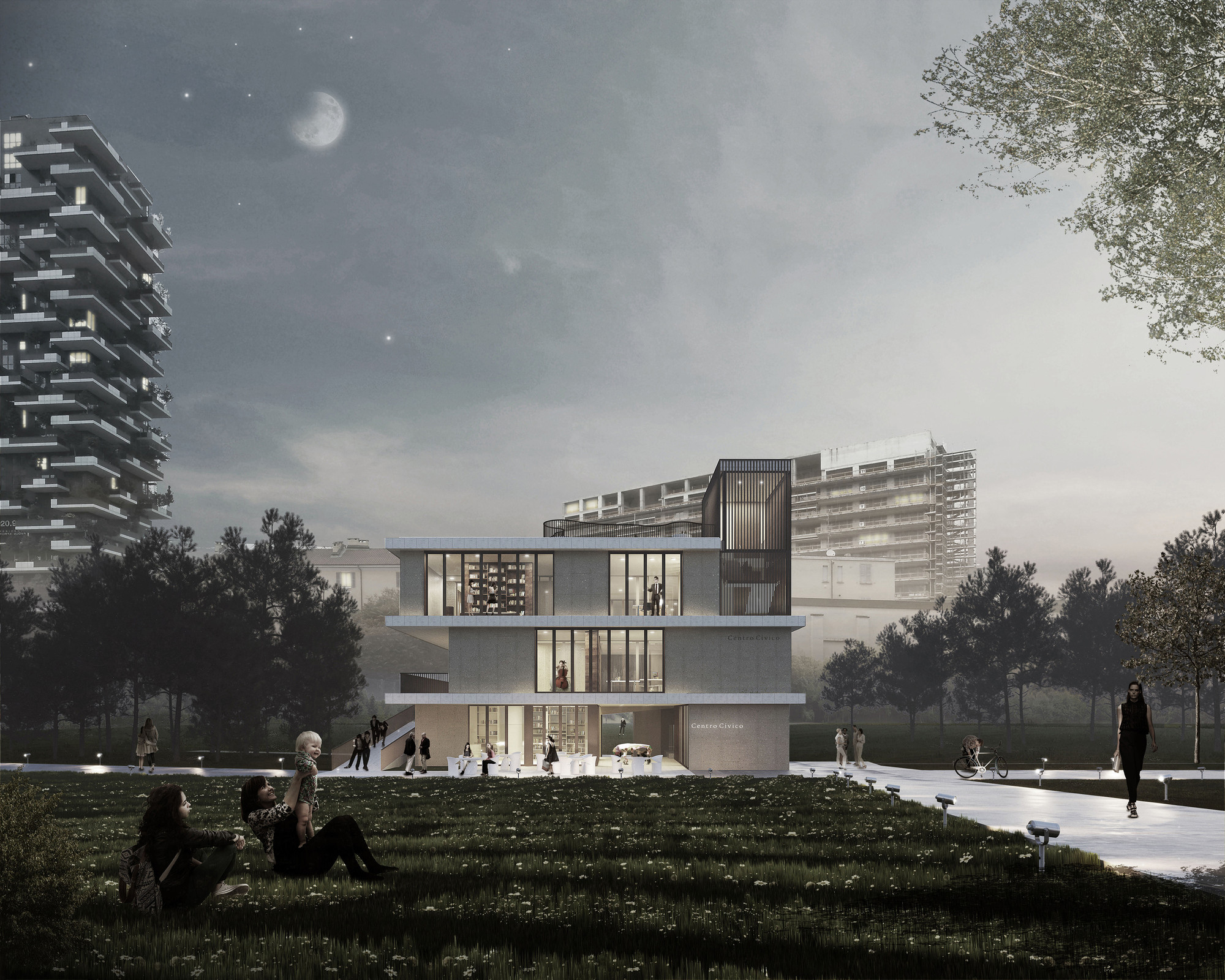 Using the cues of the city as its framework, the Civic Center injects a public program into a bustling urban context, providing a venue for interaction and cultural exchange. Situated within a park flanked by the city, a system of pedestrian paths lend an educational atmosphere, as guests make their way through a “Library of Trees” before entering the building. From these paths extend ramps, tributes to Le Corbusier, into the Civic Center to establish a sense of place and an effortless transition from the natural to built environment.

A reinterpretation of the Milanese house typology, the Civic Center creates a comfortable and familiar atmosphere for visitors. The idea of “house” is translated into open areas for gathering and interaction, mirroring on a large-scale the function of patios and balconies as common areas within the home. In this way, the Civic Center aims to dissolve the barriers of individuality and privacy by encouraging instead a communal identity through inviting shared spaces.

Although the Civic Center employs the monumental style of local 19th Century architecture, it rejects this categorization through its active presence and accessibility. Its striking contrast to the surrounding architecture lends an air of insubordination, maintaining an assertive presence that refuses to conform to modern trends. Simultaneously, the Civic Center speaks to its surroundings by presenting a central point of convergence, drawing the public together from various locations.

The Isola Garibaldi Civic Center is slated for completion in 2016.