All
Projects
Products
Events
Competitions
Save
Montmatre Mixed Use / Babin+Renaud

Text description provided by the architects. Profoundly mixed, this vast operation combines briefs for proximity, public housing and private apartments but also several demolitions and reconstructions. The latter had an impact on the agency's project brief, for the inhabitants of one demolished high-rise by the périphérique were rehoused here, whereas the community center and the library are reconstructions.

Delivered in January 2014, the building contains 84 accommodations and four public facilities: a day nursery, a library, a community center and a social center. The main issue was to speak to the city in an environment highly influenced by its proximity to the périphérique, source of sound and chemical pollution.

The architects decided to combine a sequence of quality entrances for the inhabitants while maintaining full opening to the facilities along the avenue. Organizing into blocks thus made it possible to differentiate each facility by alternating empty spaces directly above which entrances to the accommodations were placed and recessed from the street.

The building is composed of four blocks and three empty spaces through which extensive exterior spaces were developed. Walk-through terraces, protected from the noise of the périphérique by glass partitions, have been located both on the ground level and in the upper floors. This singular location is underlined by its slender volume which highlights the corner and gives an urban character to a building that is nonetheless very contemporary.

The project meets the strict environmental requirements as seen by its being awarded various certifications, i.e. Habitat & Environnement A-profile, Low-energy consumption building and Plan Climat de Paris. This pioneering building in this neighborhood promises to become one of the area's most important landmarks while offering its residents comfort of use removed from the environmental drawbacks that continue to exist. 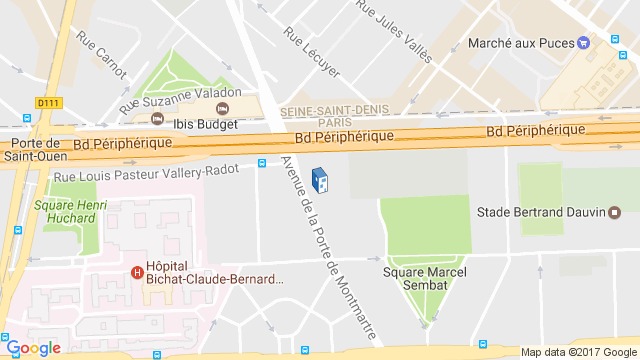