Save
Scale of PLY / NOJI Architects 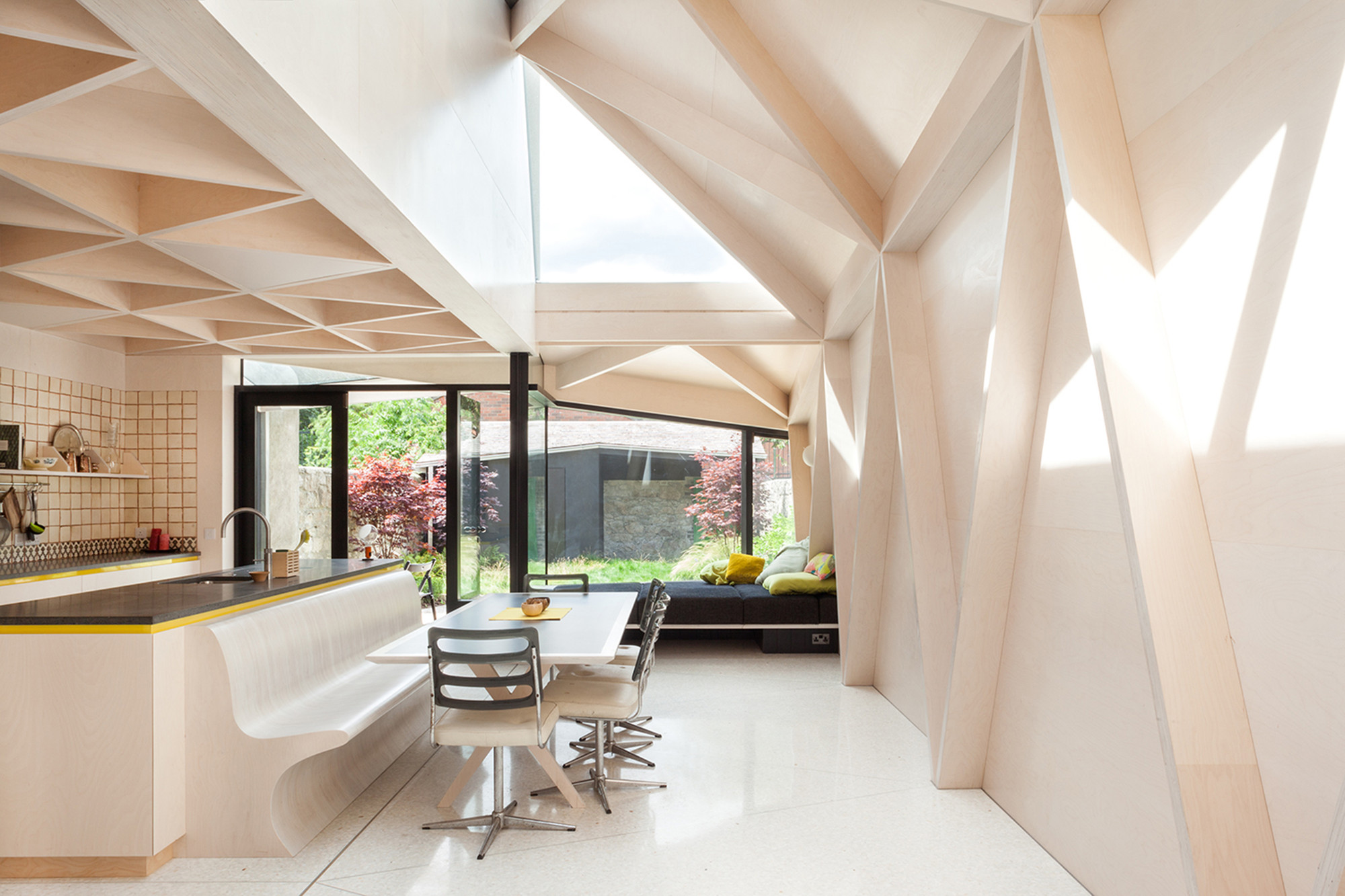 Text description provided by the architects. The House

This Victorian two storey house was dark and damp with a poorly constructed conservatory as the main source of light and link to the garden. The re design of the ground floor knocked the ground floor walls in the return to open out the kitchen into a new extended kitchen/ dining space. The layout maximises the South West orientation and allows both internal window seat and external covered areas to relate to the garden.

The form of the new build plywood structure is a series of interconnecting triangular plains. These plains are positioned to allow light deep into the plan as the sun moves across the house during the day. The plains are supported on a prefabricated plywood lattice structure supported off a glulam beam.

1. The plywood glulam beams support the first floor and are in turn supported using  a cruxiform steel column as the only structural steel used in the build. The junction between the two glulam beams was created using a simple lap joint between the beams with long screw connections.

2.The glulam beam frames the ceiling over the kitchen, the ceiling is made up of a prefabricated triangular plywood module laminated in situ creating a diagrid structure and braced by a skin of plywood,  acting as the floor for the first floor.

3. The structure over the new build area to the side of the glulam beam is a skewed lattice structure, made up of prefabricated plywood beams interconnecting to form the structural frame and to carry the glass and solid plains above.

Plywood is used in three very different structural solutions within this project for its aesthetic, structural and economic properties. The structure was prefabricated off site where possible reducing time on site and increasing accuracy and quality of the build.

This project was a multi-disciplinary effort between the Contracting firm , the Structural engineers and the Architect and shows that with early collaboration between all parties a well-considered and well-built solution can be found to the brief.