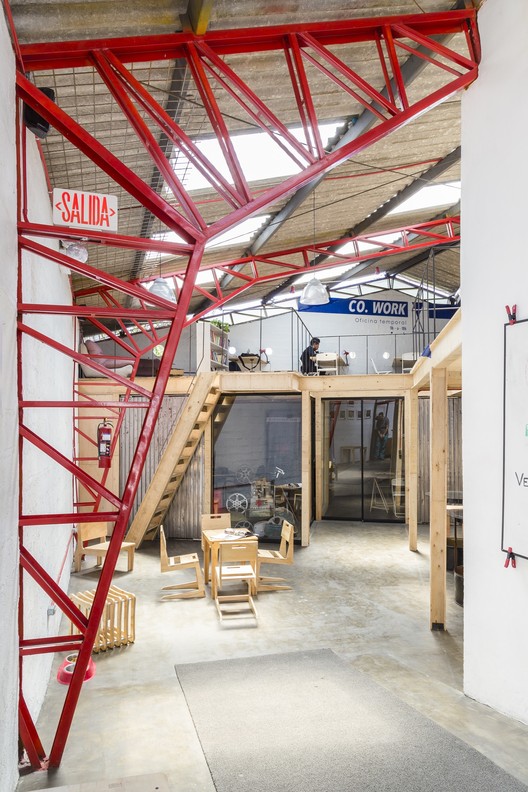 Text description provided by the architects. Torno is a laboratory of ideas, home to studios and freelancers generating synergies that will enrich the results of the individual and collective work of its members. It promotes cultural, academic and urban interaction, in a collaborative approach for social benefit.

Since its inception, the objective was to reintegrate disused spaces of the city to turn them into an engine of ideas, taking into account certain determinants such as centrality, connectivity and spatiality.

Thus, after an arduous search for the right place, a warehouse was found in the northern-central area of Quito. A renowned mechanic shop 45 years old to develop the project. The warehouse is adjacent to the owners' house, Vicente Oviedo and Irene, his wife. Vicente, the owner of the mechanic shop, closed it a year ago perceiving that the it had ceased to be a basic need in the machining manufacturing process, as work decreased to the point of keeping an employee he could hardly afford.

The location of the space was crucial when looking for the right place, proximity to mass transit and its location within the bikepath network re valued the place in response to energy issues and environmental sensitivity

From this point the project takes a name: Torno, whose intention was to manage and optimize resources in the process of design and construction. At the same time, it builds a platform where collectives congregate to be an active part of the city

It is spatially assembled as a separate volume in its container warehouse, maximizing the area and directing natural light to the entire project, the circulations make each of the spaces protagonist in Torno.

In its construction, we used 85% recycled material, metal panels obtained from CKD (Kit for vehicle assembly) mostly from Asia were used as structure and partitions, staves from pallets are part of the mezzanine, the remains of large format broken glass were modulated and adjusted to the project, the metal doors of the demolition of factories in the downtown area of the city are part of the entrance.

Once we understood the strengths and weaknesses of the materials to be used, we designed a constructive system in which 'I' type pieces were proposed, which are joined to each other and grip the complementary pieces. According to structural tests, it was determined that the section of the beams would be 10 x 20cm, while the section of the columns would be 10 x 13cm. This allows the beams fit into the columns, giving greater rigidity. The system was modulated from the dimensions of the CKD metal panels, which are framed between the columns, without being modified in any way.

The secondary structure for the mezzanine complemented the project, on it are the pallets and vertical circulations. Finally, the framing and windows were placed, defining circulations and spaces. 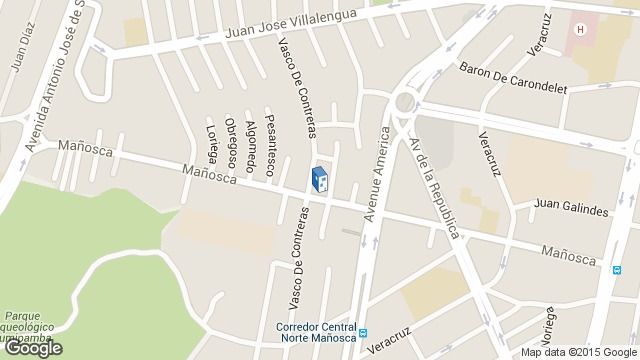 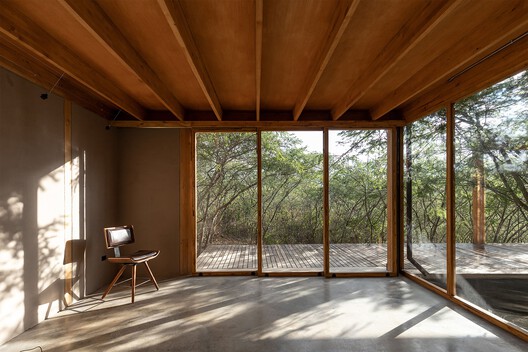