Holl was raised in Bremerton, Washington and studied at the University of Washington in Seattle, subsequently pursuing studies in architecture in Rome in 1970 and at the graduate level at the Architectural Association School of Architecture in London. Immediately after completing his studies, Holl founded his practice in New York City in 1976. The firm now has offices in New York and Beijing under the direction of Steven Holl and Senior Partner Chris McVoy. Holl and the firm have been the subject of dozens of exhibitions at the Museum of Modern Art and London's Design Museum. Since 1981, Holl has been a tenured professor at Columbia University's Graduate School of Architecture and Planning.

Steven Holl Architects is known for its typological and phenomenological approaches to design, aiming to transcend the human experience through the firm's unique approach to location-driven design and programmatic specificity. On their design approach, the firm's mission states that "the phenomena of the space of a room, the sunlight entering through a window, and the color and reflection of materials on a wall and floor all have integral relationships," adding that "the materials of architecture communicate through resonance and dissonance, just as instruments in musical composition, producing thought and sense-provoking qualities in the experience of a place."

Holl's works define the skylines of some of the world's most design-savvy cities—from Helsinki to Seoul—and have integrated into the urban fabric of many historic cities including Bogota, Berlin, and Amsterdam. Among Holl's most notable projects are the Simmons Hall at MIT, Linked Hybrid in Beijing, Sliced Porosity Block in Chengdu, and the Seona Reid Building at the Glasgow School of Art. His design aesthetic continues to evolve through a progressive interpretation of technology, light, and holism, cementing Holl's status as a global leader in architectural innovation.

The firm also has a number of significant projects still to come, including plans for the latest Maggie's Centre at St. Bart's Hospital in London, the Tianjin Ecocity Ecology and Planning Museums, and the expansion of The Kennedy Center in Washington, DC.

See all of Steven Holl's work published on ArchDaily via the thumbnails below, and more coverage of Holl below those:

Video: A Conversation with Steven Holl inside the Daeyang Gallery & House

Steven Holl: "Architecture Needs to be Rekindled with the Other Arts" 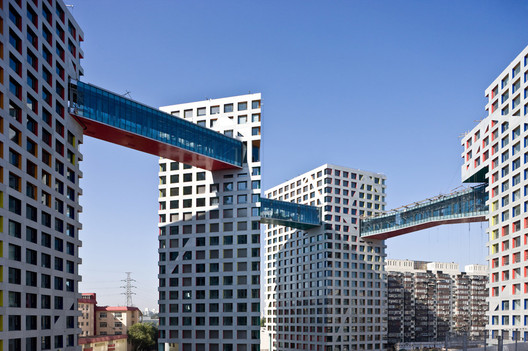