This orthopedic surgery clinic is located in the suburbs of a regional city. The site is former farmland that faces the intersection of a major road. The area has been designated for controlled urbanization, and there are still numerous fields and greenery nearby. We first chose to make the building a one-story structure that followed the intersection. This would help spread awareness of the clinic among passing drivers and people waiting at the traffic light, and would also give the neighboring agricultural land access to sunlight. Separating the entrance and exit from the intersection would make access by vehicle easy. At the same time, if the area around the major road continues to be developed, what was once a familiar area may change appearance completely. We therefore decided to utilize former farmland and the idea of "persisting greenery" to share the natural landscape with residents, utilizing the area facing the intersection as a green belt. The gentle curve and undulation of this green belt ensures privacy as a "buffer zone" between those inside and outside the clinic, and also creates an open space like a park.

Utilizing the large roof and adjacent garden The clinic is composed of various rooms, such as the rehabilitation room and exam rooms, that range in size from large to small. The ceiling height takes this into consideration, using a large, flat roof that slants to one side. The side with higher ceiling clearance is dedicated to patient spaces, while the lower side is used for examination rooms. The eaves extend considerably, creating an intake/exit lane for arrivals/departures and a roof covering for pedestrians. People can also congregate beneath the large roof.

The majority of patients' time will be spent "waiting" at the clinic. In addition, an orthopedic clinic involves long sessions for treatment and rehabilitation. Patients have to regularly commute to the clinic for rehabilitation, and their feelings of motility and freedom are essential for proper recovery.

Seeking to provide a more comfortable and easy space for patients, who will be spending long periods of time in the waiting rooms and in the rehabilitation room, we devised a tree-lined garden that would allow visitors to enjoy the changing flora and foliage of the seasons. The large window facing the garden is positioned in a secluded location relative to the outer perimeter of the structure. The garden is thus ensconced by the corridor and eaves and becomes a sort of inner garden. This generates an adequate distance between the interior and exterior. The small tree grove gently blocks visibility from the outside while creating a sense of openness beneath the large roof, and offers a tranquil place to enjoy the changing seasons. 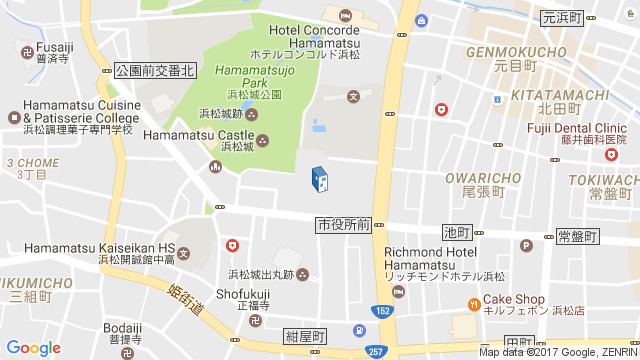 Location to be used only as a reference. It could indicate city/country but not exact address.
Share
Or
Copy
About this office
Akiyoshi Takagi & Associates
Office
•••