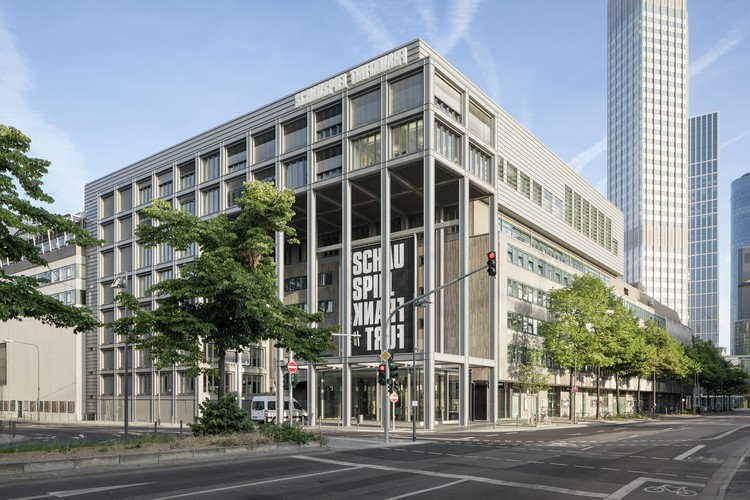 Text description provided by the architects. With the completion of the transport and landscaped areas, the conversion and extension of the workshops for the scenery and costumes of the Städtische Bühnen were completed on time for the new 2014/2015 season. Owing to functional and regulatory shortcomings, the extensive workshop conversion work started as early as 2007. The operation of the stage was maintained unrestricted throughout the construction period and the various workshops were replaced by a new building in the existing complex comprising the opera house, the theatre and the “Kammerspiel” theatre.

The restricted space available on the site made it necessary to build the costume workshops above the existing eastern wing. The entrance building of the “Kammerspiel” theatre dating from the 1980s was demolished and re-erected in the form of a glass pavilion in the shape of a cube.

The scenery workshops are located in the southern part of the building, at Hofstrasse. The new building accommodates storage rooms for all workshop areas. The following facilities are stacked above each other: lighting workshop, joinery, metal workshop, sculptor’s and decorator’s workshop. A large painter’s room measuring 20 x 40 m is situated on the top floor. Further workshops for shoemakers, artisans and tailors and a painter’s studio with spray cabin have been located in the part of the building above the east wing. Two office units with staff rooms, offices and meeting rooms complement the areas on the upper floors.

The building’s façade design has been kept low-key. In its structure and choice of material, it corresponds to the existing buildings and thereby contributes to calming the heterogeneous shape of the stages. The roof surface with its external loadbearing space frame is enclosed by a light-permeable lattice fabric. This transparent façade, which is heavily structured with supports and ceiling beams, allows daylight to penetrate into all workshop areas.

The stage scenery for theatre and opera performances is produced in the Städtische Bühnen’s own workshops. The premises of the scenery workshops were ready for occupation as early as September 2010. They are used by about 60 members of staff who will produce an average of 35 to 40 stage sets during a season. In the new modern and functional rooms of its workshop, the costume department will produce about 1,000 costumes in one season.

The new entrance for the “Kammerspiel” theatre is the jewel of the entire stage premises and, on the outside, is framed by the arcades formed by the supports of the building above the eastern wing.

The new buildings create a new urban focus along the banks of the River Main. When walking across the Lower Main Bridge, one’s gaze is automatically focused on the new advertising hoarding visible from afar, which is integrated into the façade and announces all theatre premieres. 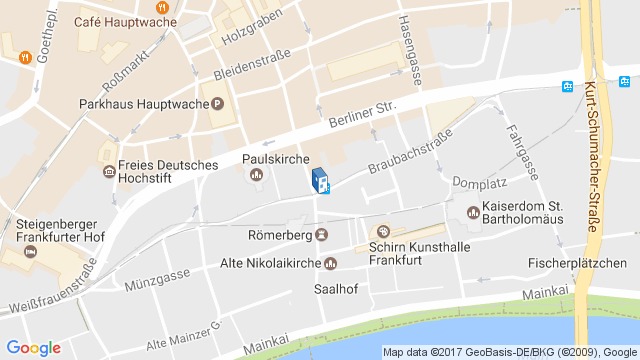 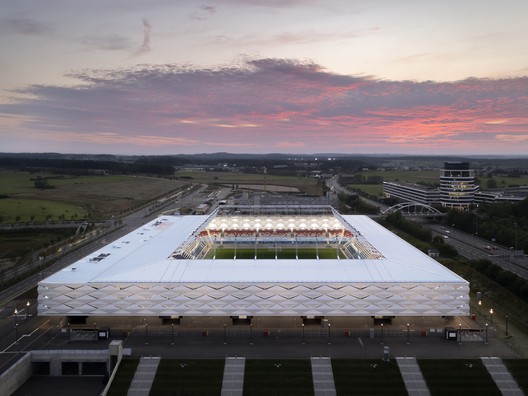 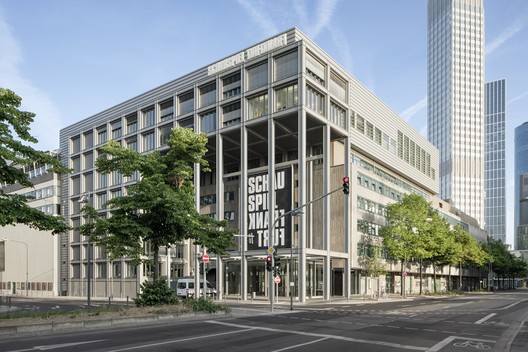