Save
AD Classics: Wexner Center for the Arts / Peter Eisenman
Share
Or
Copy

Before it was even completed, New York Times critic Paul Goldberger dubbed the Wexner Center for the Arts “The Museum That Theory Built.” [1] Given its architect, this epithet came as no surprise; Peter Eisenman, the museum’s designer, had spent the better part of his career distilling architectural form down to a theoretical science. It was with tremendous anticipation that this building, the first major public work of Eisenman’s career, opened in 1989. For some, it heralded a validation of deconstructivism and theory, while its problems provided ammunition for others who saw theory and practice as complimentary but ultimately divergent pursuits. The building’s popular reception has been equally mixed, but its influence and intrigue in the academic community is as pronounced and unmistakeable as the design itself. 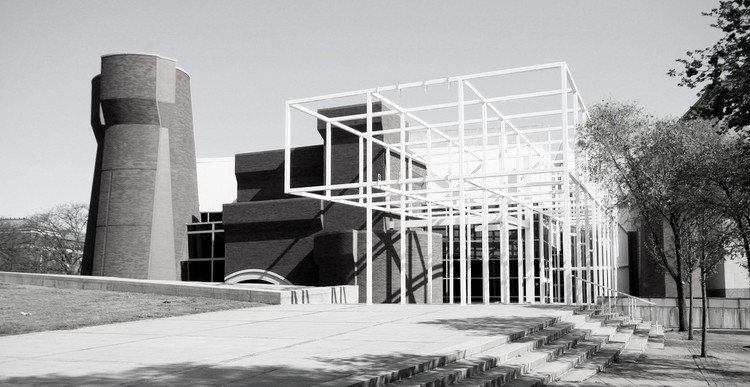 Located on the eastern edge of The Ohio State University’s campus, the Wexner Center was built to accommodate a multidisciplinary space for the exploration and exhibition of contemporary art. The $43 million commission was the object of a high-profile 1983 competition that featured Eisenman, Michael Graves, Cesar Pelli, Kallmann McKinnell & Wood, and Arthur Erickson as finalists. To the surprise of many, Eisenman won the competition despite his relative inexperience with large-scale buildings, though his selection resulted in no less publicity for the museum. His widely respected name alone carried the museum’s opening, which didn’t even feature artwork so as to not distract from the architecture. [2]

In its concept and process, the Wexner Center is an exemplary illustration of Eisenman’s unique approach to architecture. While not entirely disconnected from its context, the building is for the most part a self-realizing and autonomous work, creating its own unique and self-contained methodological process and architectural vocabulary. The museum purports to make no apologies for its unorthodoxies; quasi-historical quotations reference architectural tradition only to boldly reject it. Formal devices deprived of functionalist purpose disavow spatial convention. And a number of deliberately awkward and discordant moments complicate the intersection of built space with its human occupation. For Eisenman, these are among the great successes of the building, as they manifest the discourse of deconstructivist emancipation into actualized form.

As in much of Eisenman’s work, strong grid systems dominate the formal language of the building. The urban grids of the city of Columbus and of the university, slightly off-kilter from one another, overlap within the project. The 12.5 degrees of variation between two result in an axial rotation within the museum, with corresponding tectonic elements creating jarring moments of intersection as the two systems compete for primacy. The collages Eisenman prepared to visually describe the project illustrate the tension of the competing grids and revel in an interstitial ambiguity that finds imitation in the actual building. As a marketing pitch, all of this amounts to a clever interplay of campus with community, but as an architectural strategy, it creates a formal trope from which the various systems of the building are able to emerge.

Running through the core of the building is the Wexner Center’s most recognizable feature: a 540-foot long “scaffolding” structure that extrudes the planar grid systems into a three-dimensional matrix. Exposed and partially unenclosed, it is meant to look deliberately incomplete, repudiating preconceptions of solid and void as fixed properties of architecture. While this seam in the building functions as an axis of circulation, it plays a more important spatial role by delineating and projecting organization throughout the site. The resulting interrelationships find expression in the contours of the surrounding structures and landscaping, strikingly recalling the diagrammatic constructions of the contemporaneous Getty Center in Los Angeles by Eisenman’s geometry-driven cousin, Richard Meier.

Also prominent on the museum are a set of red brick turrets that dramatically clash with the hyper-modern aesthetic of the scaffolding. They are allusions to a medieval-style armory that was bulldozed to make room for the museum, an eerie tribute to construction’s destructive side. More meaningfully for the architecture, they are fragmented elements of historicity, split and carved apart in a way that renounces the importance of precedent far more than honors it. They are one part of the complex amalgam of elements and quotations that give the building every bit of the collage-like feeling reflected in Eisenman's trademark drawings.

After the museum’s completion, the building was plagued with a series of construction and design issues that tarnished its public image. Unfortunately for deconstructivists everywhere, these flaws appeared to be the result of an ambitious design with an intentional disregard for the practical considerations of traditional architects—a foundational axiom of the doctrine. In 2003, the building underwent an invasive, three-year renovation, only fourteen years after its christening. As it approaches its twenty-fifth anniversary next month, it seems that most of these issues have been overcome. History, however, should continue to remember them in the context of this great museum as a testament to the price of translation between theory and actualization. 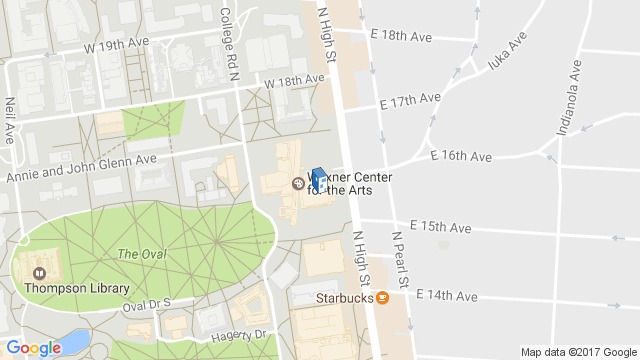 Location to be used only as a reference. It could indicate city/country but not exact address.
Share
Or
Copy
About this office
Peter Eisenman
Office
•••