Each summer, the French cities of Montpellier and La Grande Motte host Le Festival Des Architectures Vives (Festival of Lively Architecture). These twin festivals seek to raise awareness about architecture among the public, and to give needed exposure to the work of up-and-coming designers. In the process, they also draw attention to previously unknown places in the two cities—in Montpellier, many of the private courtyards in the city are opened to the public specifically for the festival. In La Grande Motte, the exhibition weaves its way through the city center, a site designated as “Heritage of the 20th Century” due to the prevalence of works designed by architect Jean Balladur. This year’s festivals featured a total of 18 temporary installations. Read more about the festivals, and view photos, after the break. 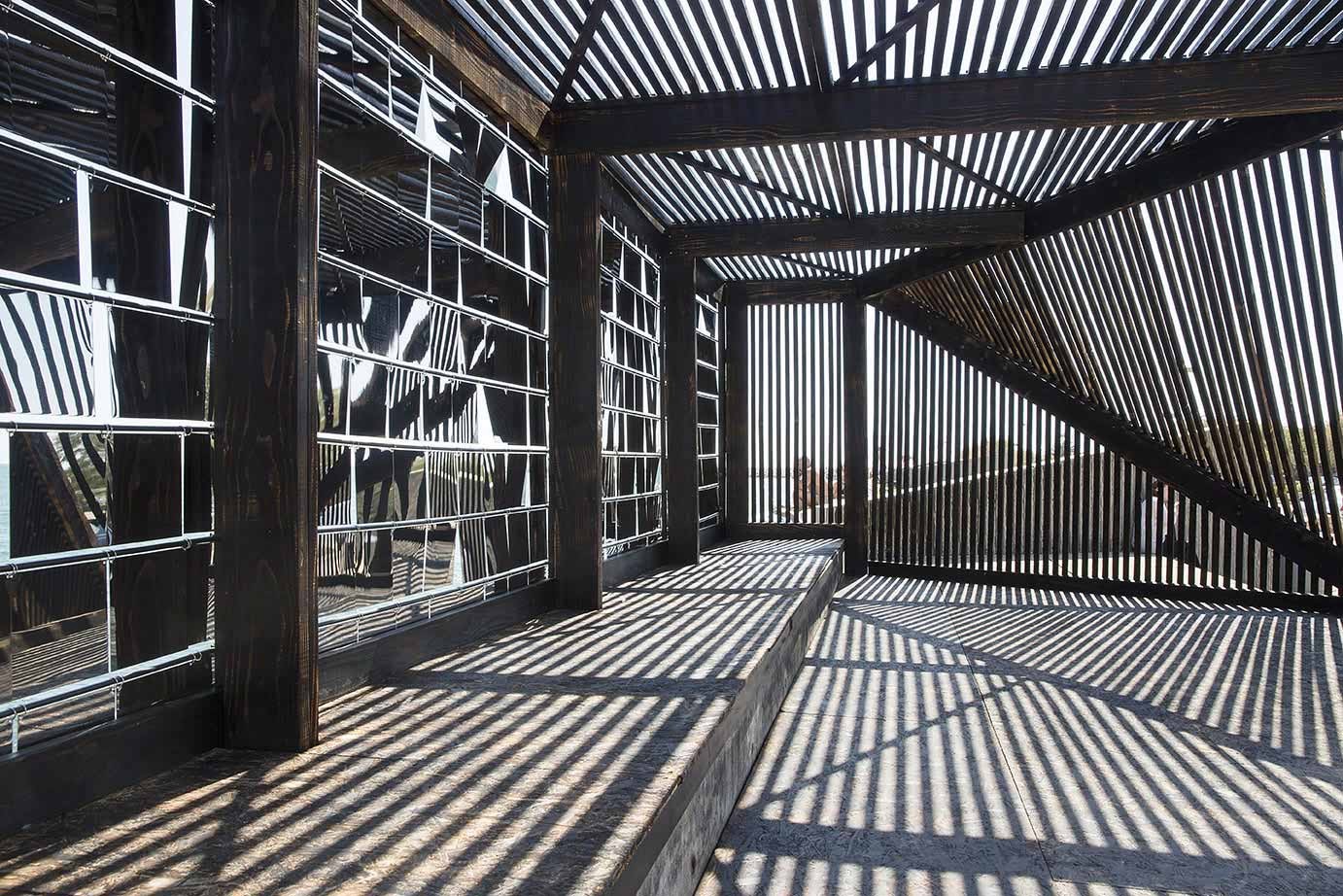 Each festival has a pavilion which opens a week before the exhibitions do, distributing information about the festivals to the public before and during the event. They are traditionally designed by young architects practicing in the region. This year, that honor went to Laura Nargeot and Aurélie Harlin of Atelier NH (Montpellier), and Jérôme Lafond and Marion Pujol of Atelier Jérôme Lafond (La Grande Motte). The festival installations themselves are designed by teams both from France and around the world, and are awarded prizes by a panel of judges and the public. This year NAS Architecture’s project, “Breath Box,” was awarded both the public and jury prize. Special mention was given to both Marion Moustey and Alexandre Arcens’ “Onde Sensuelle,” and American team Dots’ “Cloud Garden.”