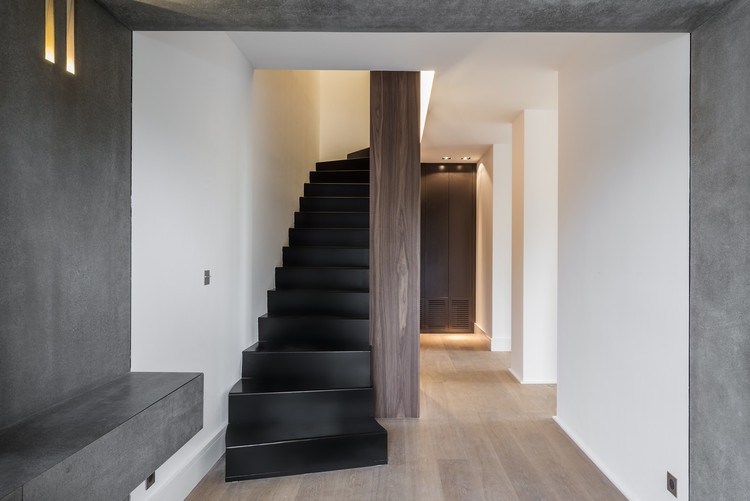 Text description provided by the architects. This old house is locatated near the ocean at Bibart.

Its traditionnal conception mix half-timberings, woods and roof in tiles with strong hillsides. It has been renovated inside in a contemporary way in order to liberate the compartmentalized and narrow spaces.

A swimming pool has been created above a garage integrally inserted under the garden in order for it to disappeared without loose some landscape garden.

The entrance, originally very low, make a box whose particularity has been volontary emphasized by a box in concrete and black&white checkered.

A stair in folded-steel slides behind a walnut set with asymetrics enlightened holes. A big leaving room faces on the océan on one side, and on the swimming pool on the other side.

A oak parquet has been used, a set of architectural lightning of « Viabizzuno » can be found in several rooms.

In the first level, two bedrooms under the roof, and a master bedroom mixing wood structure with a dressing space in lacquer wood very drawn.

The bathroom, thought like a emerald hammam, can be seen from the bed by a glazed game of wall, allowing the natural light to cross all the space. 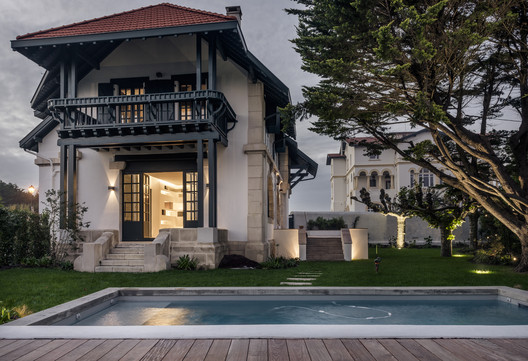