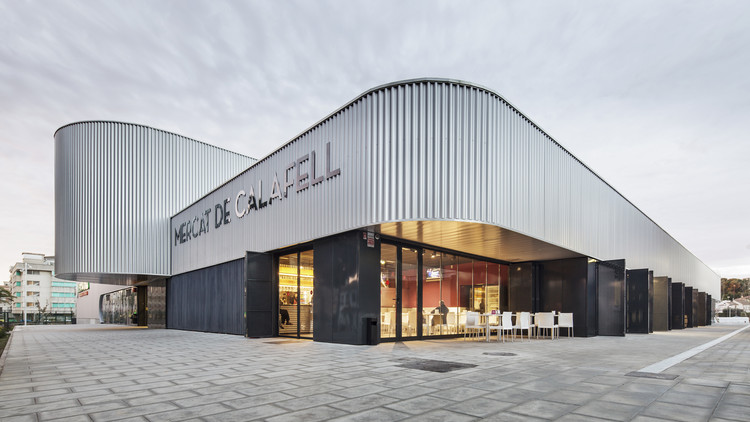 Text description provided by the architects. Calafell is one of those small towns along the coast of Catalonia which, over the years, have ceased to be just summer resorts to become active all year round, with a growing number of primary residencies.

In 2007, we started work on a project to group together in the district of “Calafell Beach” a series of facilities for the new residents that the town has gained. In this initial grouping, a pre-school centre, an infant and primary school, a civic centre and a library were connected with the market to turn an existing over-ground car park into a vital part of Calafell’s civic and social life.

Despite the economic crisis, it has been possible to build one of these elements, and today it seems that the initial plan can still be achieved, in anticipation of times of greater prosperity to complete the network of facilities originally planned.

The new municipal market is situated beside the existing one which had become obsolete, with most of the stalls unused and unable to meet present-day commercial demands.

The layout of the facility is very simple and responds to the positions of the two main tenants: the stallholders and the supermarket. After long talks with the various parties, it was decided to locate the large retail area in the south of the site, closer to the railway line, and the stalls in the northern part, connected to a future plaza that will occupy the site of the old market.

At the centre of the building, between its two main occupants, an indoor street allows clients to cross the market from east to west, from the street on one side to the plaza with the future facilities. This central area is distinguished by a great skylight running lengthwise over a 9-metre-high space, interrupting the building’s continuous section.

This long skylight provides the central space with daylight, improves ventilation during the summer months and is manifested in the market’s façades, taking the form of two semicircular awnings and two porches at each end.

The stalls and services have been laid out so that the first bays (in the east and west façades) house the installations, services and vertical transport, freeing up central spaces for trading and the north façade for outdoor stalls which, in the future, will interact with the plaza.

In constructive terms, the project uses industrialized materials without compromising quality, such as the precast concrete with corrugated surface that is used as a plinth course for the market. The precast concrete takes the form of the material that houses the sales area: corrugated steel sheet was used as formwork for the prefabricated panels, giving the building a unitary overall image. 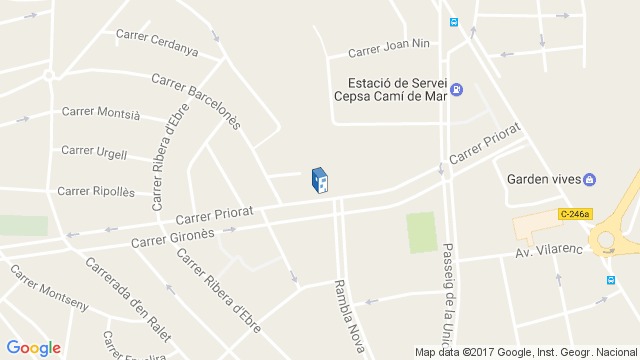