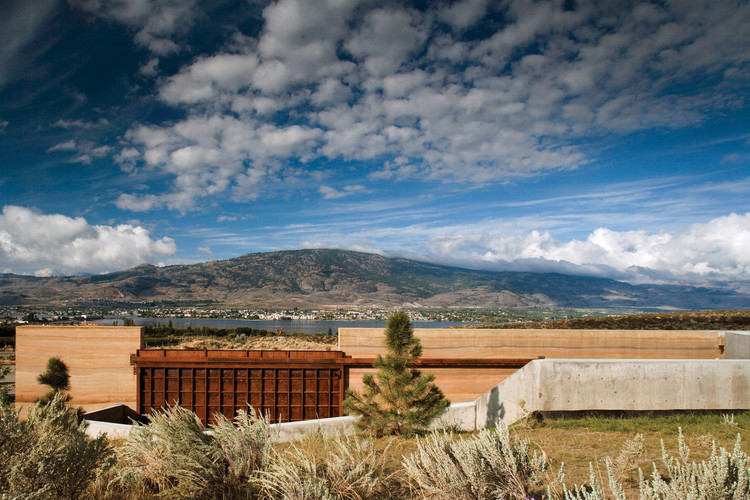 Text description provided by the architects. The Nk’Mip Desert Cultural Centre is designed to be a specific and sustainable response to the building’s unique context—the unusual Canadian desert found in the South Okanagan Valley in Osoyoos, British Columbia. Sited adjacent to a remnant of the Great Basin Desert (approximately 1,600 acres are being preserved by the band as a conservation area), this interpretative centre is part of a larger 200-acre master plan.

Nk’Mip is the first of a number of new B.C. aboriginal centres, and part of a growing trend to explore the expressive potential of architecture to convey the rich past and the transforming future of aboriginal culture. The practical reasons behind this architectural exploration grow out of provincial leadership—a premier whose efforts to improve aboriginal relations have resulted in changes to the treaty process—as well as a shift in the regulatory environment governing the types of buildings permitted on reserve land.

The building features indoor and outdoor exhibits that celebrate the culture and the history of the band, and is designed to be an extension of the remarkable site, and reflects the band’s role as stewards of the land. The desert landscape flows over the building’s green roof, held back by a rammed earth wall. The partially submerged building is sited very specifically to focus the visitor’s eye away from the encroaching development of Osoyoos to the west, with the height of the wall set to create a layered view of the desert rising up in the middle ground, receding to the riparian landscape adjacent, and the mountains in the distance.

The attenuated entry sequence from the parking area moves visitors through a series of nested concrete walls up to an entry plaza at the end of the rammed earth wall. The plaza—used for collecting large groups, and signage about events of the day—leads along a low concrete wall that separates the original desert landscape and the building. This route is further defined by channel of water that draws people towards the entry, past the cor-ten steel gate of the service court and administration access. Entry into the interpretive centre occurs at the midpoint of the gently arcing wall.

Inside, a theatre and “black box” exhibition space present information about the band and its historical relationship with the land. The round volume of the “pit house” at the centre of the exhibition space invokes the experience of conversation around a fire. From here, visitors move through a glazed wall into exterior exhibit space featuring information on native planting, an outdoor performance area and amphitheatre, a tule mat teepee, a large figural sculpture, and a snake research area demonstration space. This area also serves as a trailhead for guided and unguided walks along 50 kilometres of paths through the desert. Small interpretive pavilions and a village of reconstructed pit houses and interpretive sculptures punctuate these trails.

The Nk’Mip Desert Cultural Centre is located in one of the most spectacular and endangered landscapes in Canada. Its rare desert condition is the northernmost tip of the Great American Desert, which extends southward as far as the Sonoran Desert in Mexico. This parcel of land is the largest intact remnant of this unique habitat in Canada. It is part of the land of the Osoyoos Indian Band. This band also belongs to the larger Okanagan Nation which extends down into the US (the Okanagan represents a broader geographic area of bands sharing common language with separate constituent bands).

The project’s concern with deep sustainability grows out of the fragility of this landscape, and reflects the core values and history of the band. The extreme climate made sustainable design a very particular challenge. Hot, dry summers and cool, dry winters see average temperatures ranging from –18 degrees to +33 degrees and often reaching +40 on summer days. The building’s siting and orientation are the first strategic moves toward sustainability: the partially buried structure mitigates the extremes in temperature, and its orientation optimizes passive solar performance, with glazing minimized on the south and west sides. The project’s ambitious approach towards sustainable design also includes the following features: The largest rammed earth wall in North America.

At 80m long, 5.5m high, and 600mm thick, this insulated wall (R33) stabilizes temperature variations. Constructed from local soils mixed with concrete and colour additives, it retains warmth in the winter, its substantial thermal mass cooling the building in the summer—much like the effect the surrounding earth has on a basement. A recent infestation of pine beetles in British Columbia has led to an excess of bluestain pine, which here is used in interior and exterior applications. Although bluestain pine is a local material not normally specified for finished building use, Nk’Mip is something of a demonstration project, showing how it can be used both inside and outdoors to celebrate its unique visual qualities As its name suggests, the wood has a blue-tinted cast as though a blue wash has been applied, rather than the typical yellow colour more typical of pine. Although its inherent structural qualities are equivalent, the preferences of the powerful Japanese international market have historically influenced demand for yellow (white) pine.

A habitable green roof. This habitable landscaped roof reduces the building’s visual imprint on the landscape, and allows a greater percentage of the desert landscape habitat to be re-established on the site (replanting uses indigenous species). The roof also provides further temperature stabilization and insulation.

In-slab radiant cooling and heating in both ceiling and floor slabs create an even, comfortable environment that avoids blasts of air, noise and dust. Coupled with 100% outdoor air displacement ventilation, the system will result in savings of 30 to 50% over a forced air system.

The building program includes facilities for the band’s award-winning rattlesnake research project, as well as public viewing areas where visitors can see endangered rattlesnakes captured, tagged and microchipped for further study and protection.

Water is precious in the desert, and a spare channel of water at the entrance along the rammed earth wall introduces this theme. Less visibly, demand on the site fed well is reduced by 40% by incorporating low-flow faucets, waterless urinals, and dual flush toilets. 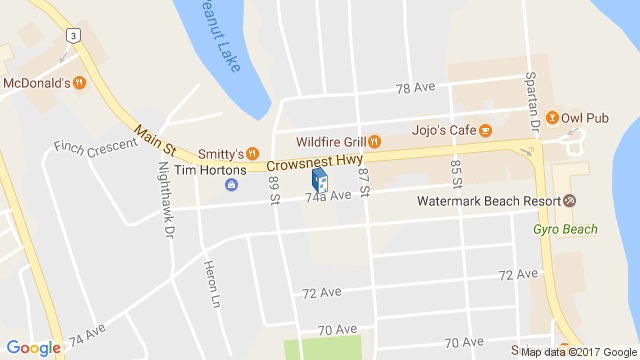 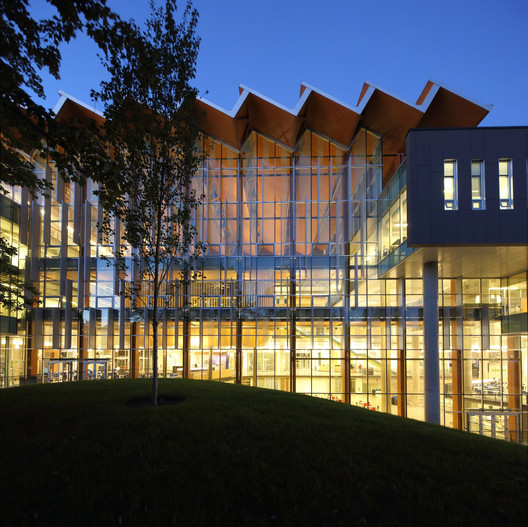