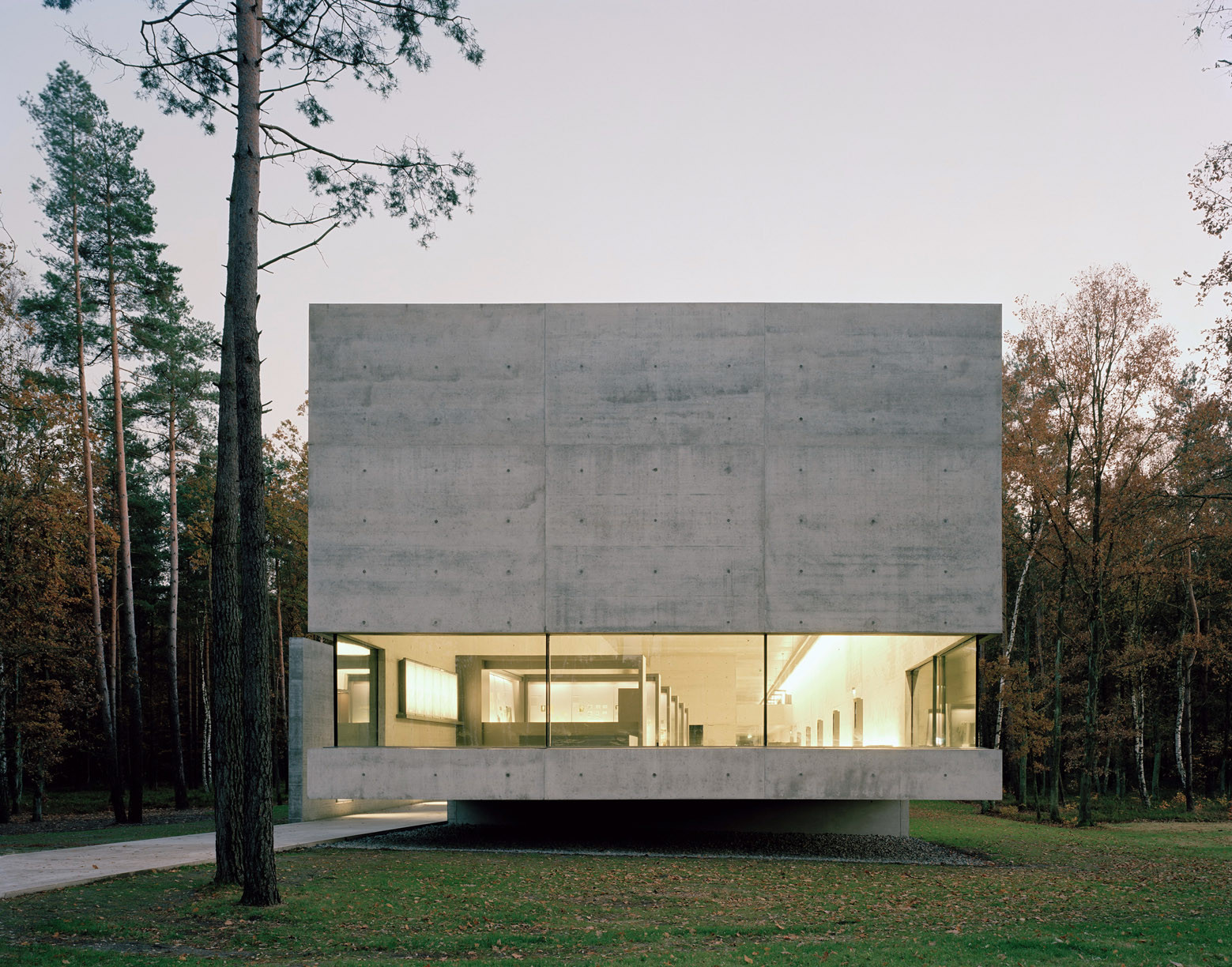 Text description provided by the architects. A 200-meter-long edifice made entirely of concrete houses the Documentation and Information Center at the Bergen-Belsen Memorial. Its extraordinary volume, the radical restriction to the use of just a few key materials and the physical presence of the large structure are condensed into powerful architecture. The exhibition building in the middle of the ‘Heidewald’ forest on the edge of the former concentration camp traces the original course of the country road from Celle to Hörste, which was altered with the construction of the camp.

The building is divided into two sections. One houses the bookshop, cafeteria, library, archive, and administration department, the other exhibition space for the Documentation and Information Center. The focus of the building is on its interior, enabling a profound consideration of the documents exhibited on the part of the visitor. The architecture illustrates the importance of a new form of documentation and research of Nazi crimes, and expresses this in an appropriate way.

Visitors have a choice of two paths. On the so-called “stony path” they can pass through the entire length of the building without entering the exhibition rooms. Initially covered, the slender path, now open to the skies, in flanked by high concrete walls leading the visitor across a courtyard to the other side of the building, where it opens onto the grounds of the camp.

Rising continually though scarcely noticeably, the second path leads to the end of the large exhibition hall, which extends over two levels and documents the history of the site from prisoner of war to concentration camp. A wide panoramic window at the end of the exhibition room affords visitors a view of the grounds. Out of respect for the place, just above ground level the end of the building projects several meters beyond the former boundary of the camp

The structure’s extraordinary shape, the limitation to just a few materials, and the total lack of color lends the building a certain stringency in terms of design. The minimalist architecture diverts visitors’ attention to the objects and documents in the exhibition. This way it does justice to the difficult task and makes evident the seriousness with which the subject matter is treated both formally and historically in an appropriate way. 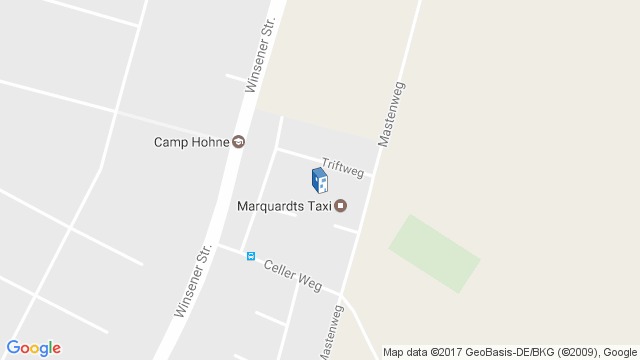 Location to be used only as a reference. It could indicate city/country but not exact address.
Share
Or
Copy
About this office
KSP Engel und Zimmermann Architekten
Office
•••