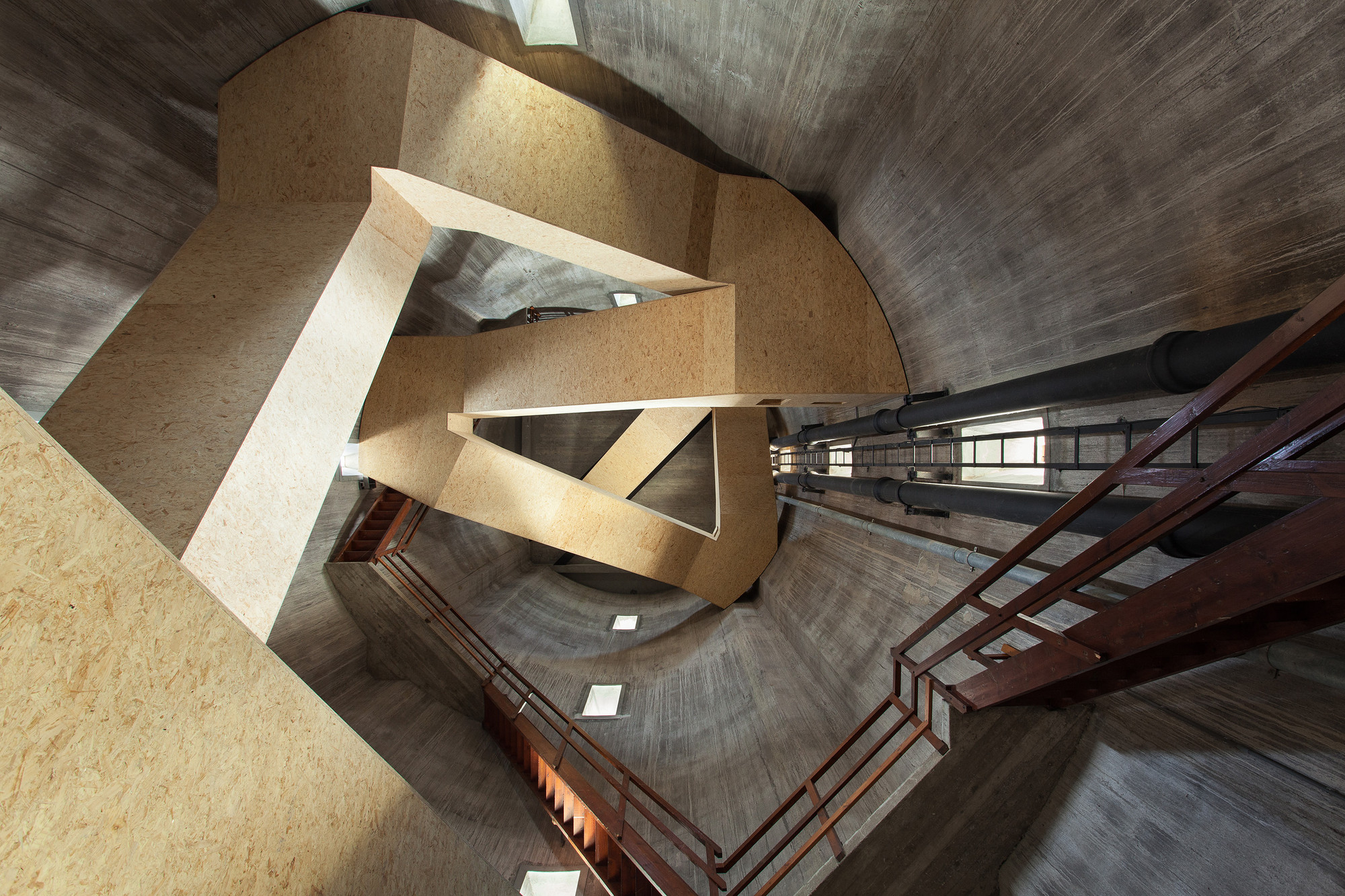 Text description provided by the architects. The water tower is situated in the middle of a protected nature reserve owned by Nature Monuments; De Wieden in the province Overijssel. BOEi, Vitens and Nature Monuments took up the plan to transform the tower to a watchtower. A spectacular ‘ route architecturale” will lead you up to a height of 45 m. Upstairs four win- dows give you a 360 degree view of De Wieden.

The journey upstairs begins with a closed staircase that leads to the first floor on 4 m. height. Here you have arrived in a room that is 24 m. in height and houses a spectacle of old and new stairs. The new stairs that lead through the body of the water tower has been made of wood. This to on the one hand add a warm element that contrasts with the stark concrete walls of the tower. On the other hand it is a gesture to Nature Monuments by using a raw and unpolished natural material. By adding the new route complementary to the old existing one, spatial inter- action is created. Where the old stairs led up alongside the walls, the new stairs zigzag across the tower to reinforce spatial perception.

The new stairs lead up to the level of the floor just below the immense concrete reservoir at 28 m. height. From this level the original stairs went up through a tight space alongside the exterior of the tank. Now a steel winding stairs depart from the floor below the reservoir and goes right through the bottom of the empty tank. The stairs slowly wind up alongside the walls and intensifies the spatial perception of the reservoir, the heart of the tower. You feel feeble as a visitor and you get an impression of the huge quan- tity of water that used to provide water pressure for the entire region.

At the top of the tower you have reached the look- out post. The ‘lid’ of the tank has been partly re- moved in order to create steps to offer more of an overview for groups at the look-out post. The trans- parent raster floor makes you imagine yourself to be right in the middle of the tank. Alongside the four small existing windows four large ones have been added that complete the view of De Wieden. The public makes an exciting and multifaceted journey upstairs and is rewarded with a beautiful view. 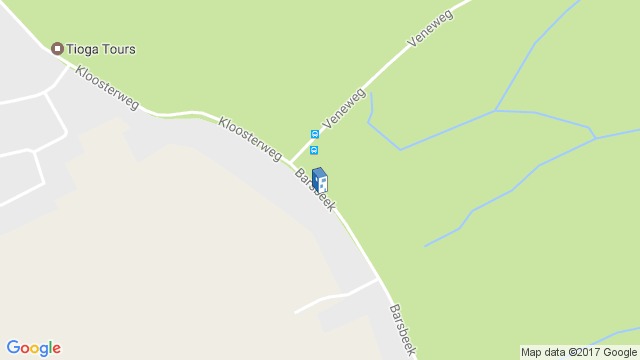 Location to be used only as a reference. It could indicate city/country but not exact address.
Share
Or
Copy
About this office
Zecc Architecten
Office
••• 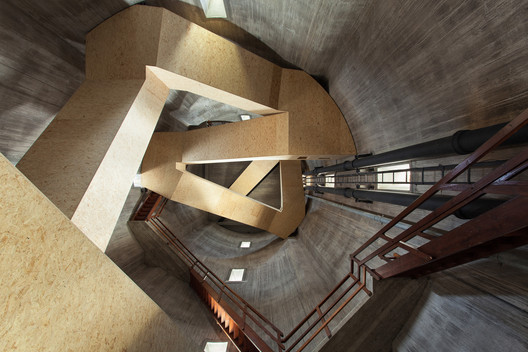