Text description provided by the architects. A lot that does not exist. A pine forest along the hillside at the top of Murtas. An existing retaining wall constructed in an Alpujarra´s vernacular way, using local rough stones. The program seeks a room to hold a wake over.

A large stone lintel beam supported by a large HEB creates an access space threshold. Once inside, you think of a concave space (cavus-cave) that connects earth with sky. Two concave rooms, one public and one more private. The light as an ontological reflection of each space. In the public room a greater amount of light surrounds and envelops, in the innermost chamber fleeting light slides and moves.

The midday sun forms an eclipse as continuous ring drawn together by direct and projected light, where land (material light projected onto the curved wall) and sky (immaterial direct light / clarity) engage in that particular magic moment to let out the soul in its ascent to heaven by the time window of the eclipse generated daily. 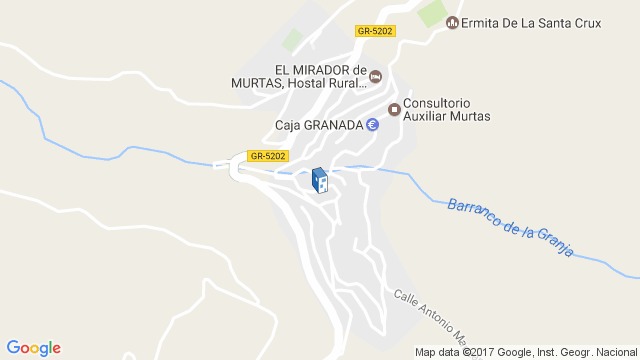 Location to be used only as a reference. It could indicate city/country but not exact address.
Share
Or
Copy
About this office
Muñoz Miranda Architects
Office
•••