The site of Guodian New Energy Technology Research Institute Beijing (GNETRIB) is located at the northeast edge of Future Technology City, where is situated at Changping District in Beijing. The site faces Wenyuhe Ecology Park to the west and Jingcheng Motorway to the east. The construction site is 560m long, 300m wide, 19.7ha in land area, and 240,000㎡in build-up area. The project design started in January 2010, and completed in September 2011, then built up and inhabited in September 2013.

The Center of site is nominated for scientific research with enclosure courtyard layout formed by eight standardized research building and a conference center. Solar photovoltaic panels cover the roof as one of the building elements strengthen the effectiveness of collective enclosure. The east of site is for experimentation, with three large scale experimental workshops adjacent to the center of scientific research buildings. The West of site aims to office utilization, which is consisted of three high buildings based on random distribution of arc motif. It forms riverside building community with scattered high and low. The office buildings are run through the center buildings by the double-layer glazed cloister that generated the oval semi-enclosed space.

The underground of each building is connected to each other as a whole, mainly for parking, fitness center, equipment rooms and other functions, in order to improve the quality of underground space. In both sides of the fitness center, in relation to the terrain layout, two sunken courtyards are respectively disposed as a hot spring garden and a tennis court, furthermore provide natural light and ventilation for the fitness center.

The varied ecological energy-saving technologies are used in the design, which are maximum conservation of resources, moreover protect environment and reduce pollution. The project achieves to three stars in Evaluation standard for green building . In addition, total area of solar photovoltaic panels on the roof is about 30,000㎡, therefore the clean energy truly becomes the site goal and play a practical role. 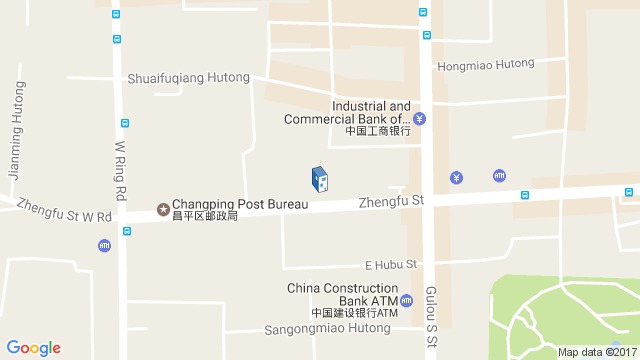 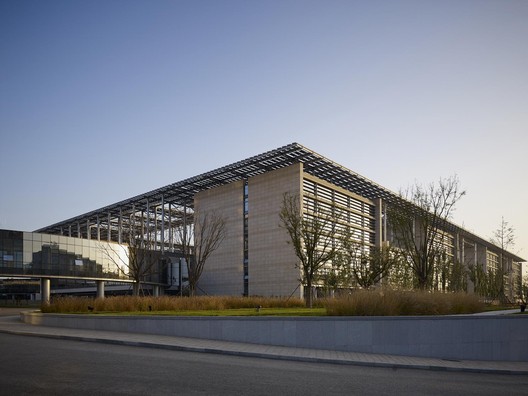