Text description provided by the architects. The site is by the Station of the Yokohama suburban area, center of the emerging suburban district where the population of young families keeps growing.Several large shopping facilities are scattered and form a unique suburban  townscape, still it is hard to say that it is attractive enough as a town or an urban space, despite those attractive facilities, active urban planning and many young and energetic people.

The active city planning offers many plazas and pedestrian spaces, but those large shopping facilities retreat into their interior spaces, and are not too keen to communicate with these public spaces, which is an important factor in this unattractive urban space. Many shopping facilities follow the book and enclose customers inside the building to let them get through all the commercial activities, but this strategy passes away surrounding urban spaces. On the contrary, many local shops in domestic and abroad historic cities are open and make a strong relationship with the urban space, in order to promote their business. Here, commercial activities and urban spaces keep a positive “circulation” to enhance each other.

We focused on this “circulation” and “urban space” itself as a design intention.

For instance, two existing plazas on a different level, “Symbol plaza” and “Fountain plaza”, are closely connected with commercial spaces by an intermediate area under the box, just like the edge of the eaves. A couple sits down on the step of the plaza and eats pies they purchased at the tenant and some people relax at the cafe, having a look at them; a great numbers of such interrelationships emerge, and each space is synergistically activated and utilized.

The life of the two ground levels ascends to the upper floor through the full height atrium. The urban space and the commercial space on the upper level are strongly connected, in conjunction with an open exterior through the glazed skin and the advantage of the terrace on the box with its panoramic view. In addition to that, the Public Pedestrian Deck is taken into the building on the third floor, which connects the neighboring station and large commercial facilities behind it and brings cohesion with the town.

The success of future commercial facilities much depends on sustainable, attractive planning and utilization of the urban space, rather than repletion of interior spaces. Moreover, each piece of the building may have to be reconsidered as a part of the urban space, the time continuum. Conventional operation of the surface layer is not enough to achieve that. This time we could go beyond the surface and get further into the composition including the urban space, but it would be able to get much closer to the persistent value of the city, by reaching for the appropriate construction. We think this is the first step to reach there. 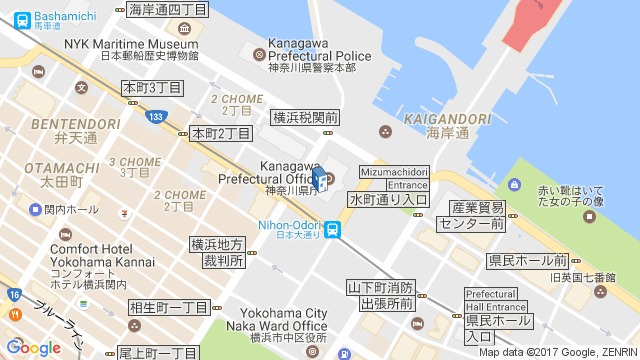 Location to be used only as a reference. It could indicate city/country but not exact address.
Share
Or
Copy
About this office
Mount Fuji Architects Studio
Office
•••
Taisei Design Planners Architects
Office
•••