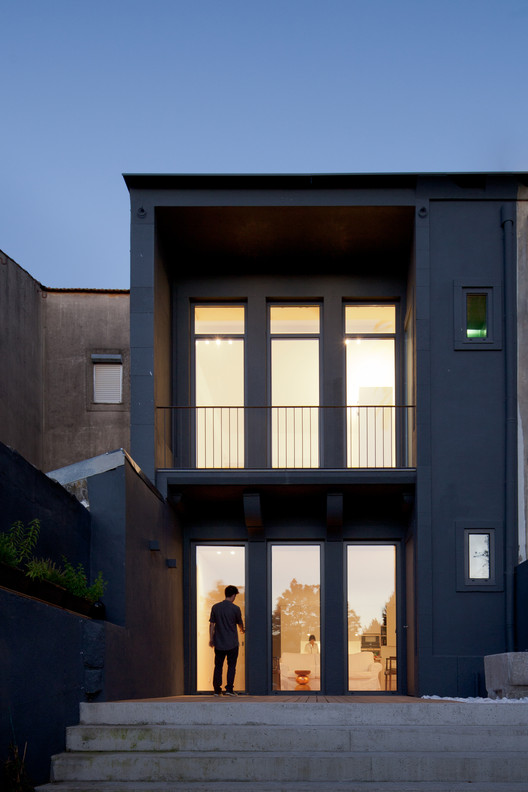 Text description provided by the architects. Maternidade House is a single-family dwelling set in a 19th century refurbished house. An example directly restricted to an existing context where the dwelling return to its basis. Adapted to the contemporary needs and standards, the intervention respects its inner scale and typologic scheme.

Conceptually it reinterprets the nuclear core of this type of model, acknowledging the importance of light. The lack of an expressive skylight in the original structure defines the new approach. A new scale is set in the stair core, overlapping this new vertical walkthrough that runs along the existing house, achieving new see-throughs and different spatial relations between all the floors.

The building is a typical late 19th century Porto house set in the city downtown. It is located in one of biggest city blocks, defined by large gardens in its interior, a bourgeois manor and an early last century maternity. The house itself was a two-storey middle-class example, with little ornamentation and highly modified through time.

The intervention aims to adapt this typical Porto dwelling typology to the daily contemporary routines. This is set from a depuration exercise, developing mainly the stair core, in order to achieve a unifying element that could relate all these different spaces.

The stairs and its light were a recurrent theme in such a narrow and long type of housing. The rooms respect its original scale, and a third floor is added considering the block outline. The ground floor is the social level, gathering parking, kitchen and living-room, and relating it to the garden located in the interior of the block. In the highest level a guest floor is set with a wide perspective of its surroundings.