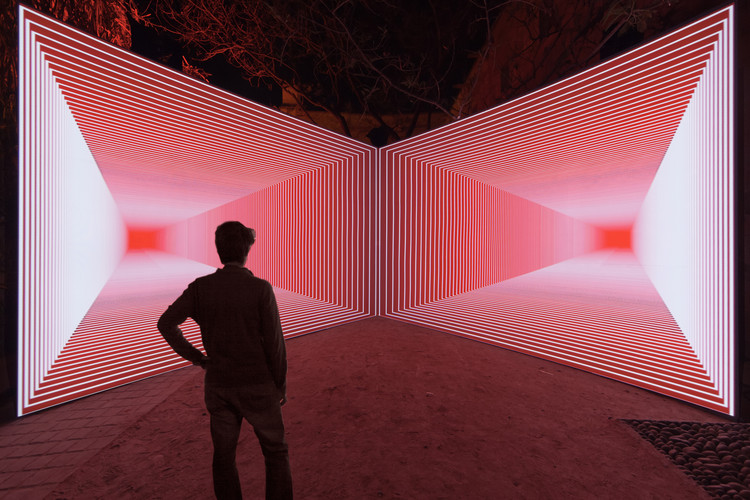 Onion Skin is a new immersive installation by French artist Olivier Ratsi [ANTIVJ]. The first stage in the Echolyse project, which will give birth to several variations around the same concept, Onion Skin is made up of a physical dimension – a module of two walls, positioned at right angles – augmented by a projection and a 5.1 soundtrack.

Onion Skin is a graphical work about the re-composition of time and space through a game of perspectives, both of the exhibition space itself and that of the projection canvas. Built around a progressive structure, made up of 4 parts lasting 14 minutes in total, the piece plays on the principle of repetition and scale to create a physical and hypnotic experience that opens doors onto the hidden and untouchable.

The whole experience of the installation is based on a very specific point of view, a precise position from which a new dimension is revealed to the audience by anamorphosis. The simple geometric elements (“peelings”) that seemed to be flat at first suddenly start delimiting a new space. The illusion of this new dimension within the installation slowly appears as the onion skins seem to be leaving their physical surface behind.

Onion Skin was originally presented during Proyecta Oaxaca, festival internacional de diseńo y artes digitales, and exhibited in the ethnobotanical garden of Oaxaca, Mexico. It is now going on tour in the coming months, starting with an exhibition at the Parque Lage in Rio de Janeiro, during Multiplicidade, Dec 5 through the 7th, 2013. 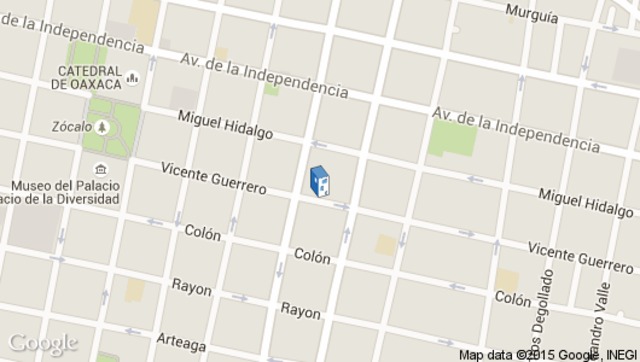