The New York Five were a group of five New York City architects (Richard Meier, Peter Eisenman, Charles Gwathmey, Michael Graves, and John Hejduk) who shared an allegiance to modern architecture and pure form, reminiscent of the work of Le Corbusier in the 1920-30s. They were commonly called "the Whites," a nod to their proclivity for the stark hue.

Meier is perhaps the best known of the group for his use of white in his designs, which he believes enhances the qualities of light in space: "Whiteness allows the architectural ideas to be understood most clearly—the difference between opacity and transparency, solid and void, structure and surface," he explains. "They have a greater clarity."

Over his half-century of practice, Meier has amassed a huge body of work. Though he began with smaller projects, such as the Douglas House and the Rachofsky House, he now designs almost exclusively large-scale civic buildings. Included among these are the Getty Center, the Barcelona Museum of Contemporary Art, the Ara Pacis Museum and the Paley Center for Media.

Meier recently returned back to his New Jersey roots, designing and constructing a mixed-use "teachers village" in downtown Newark. The complex contains three charter schools, a daycare center, residential units, and retail spaces along the ground floors and is part of an effort to revitalize downtown Newark.

Check out all of Richard Meier's work featured on ArchDaily via the thumbnails below, with further coverage below those:

VIDEO: The Models of Richard Meier

Richard Meier & Massimo Vignelli: On the Edge of Modernism

This past Tuesday, design icon Massimo Vignelli passed away at the age of 83. To commemorate his memory, we're re-publishing a fantastic video from NOWNESS in which Vignelli and Richard Meier discuss their fruitful collaborations and their long friendship. Learn more about the pair's collaborationsand read Meier's full, touching statement on his late friend and neighbor, Massimo Vignelli, after the break... 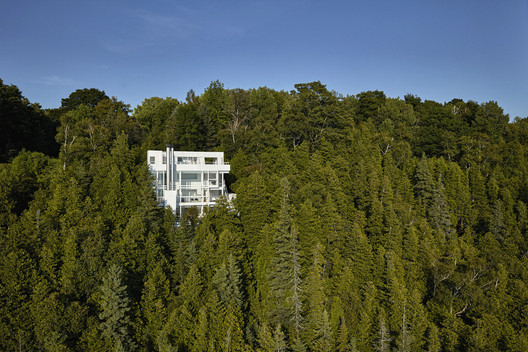